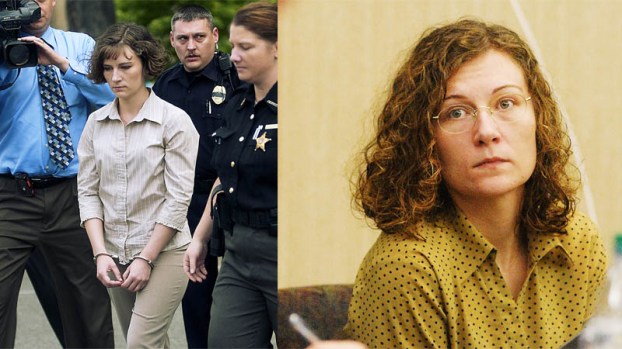 Goff asks for life sentence to be commuted

Currently serving life in prison for 2006 killing of husband

Megan Goff had a clemency hearing before the Ohio Parole Board on Monday, and the man who prosecuted her was there to oppose her being released. She is serving a life sentence in the 2006 shooting death of her husband.

Brigham said he was there to oppose her bid for commuting her sentence.

“There are different types of clemency,” explained Anderson. “But what she has applied for was commutation, which is to end her sentence and let her out of jail. We are adamantly opposed to that.”

In 2011, Goff was sentenced to life in prison with the possibility of parole in 18 years, which is a sentence set by state law: life with the possibility of parole after 15 years, plus an additional three years for using a gun to commit the crime. She has served 11 years in prison and has a life sentence. She is currently being held in Ohio Reformatory for Women in Marysville. She is not eligible for parole until 2025.

Brigham said they felt that some of the facts in her application for commuting her sentence were not accurate and they went to explain the facts of the case to the parole board. Specifically, she said she was a battered woman and should be released.

“That was her defense in 2006 when she was first tried in her husband’s death,” Anderson said. “That she had battered woman’s syndrome and we do not believe that to be the case. There was never any evidence she was battered by him.”

Anderson said that under cross-examination at her first trial, she said her husband never physically struck her.

“In fact, in her testimony, she testified that he never laid a single hand on her,” Anderson said. “Her claim of being battered never came before anyone until after she killed him.”

Goff was found guilty twice in two different trials in the shooting death of her estranged husband, Bill Goff. She claimed during her trial that she acted in self-defense after years of emotional abuse.

Goff was arrested in March 2006 in connection with the shooting death of Bill Goff at his Hamilton Township home.

“She shot him 14 times and he was unarmed,” Brigham said, adding that she had brought a .9 mm handgun and a .40 caliber handgun with her.

The couple had separated two months before the shooting.

In her first trial, Goff contended that she acted in self-defense as a result of battered woman’s syndrome. She was convicted after a bench trial before Visiting Judge Fred Crow and sentenced to 33 years in prison. While the Fourth District Court of Appeals upheld her conviction, in 2010, the Ohio Supreme Court overturned it, ruling the testimony of expert witness Dr. Phillip Resnick should not have been allowed in the first trial.

In August 2011, a Lawrence County Common Pleas Jury convicted her of a lesser charge of murder, as opposed to aggravated murder or, a third option, voluntary manslaughter.

The parole board will send a letter of recommendation to Gov. John Kasich within the next 30 days.

Brigham said he couldn’t comment on what he thought Kasich would decide.

“We certainly hope he does not commute her sentence,” he said.

Will be up through Monday, Oct. 8 An art exhibit currently on display at the Briggs Lawrence County Public Library... read more