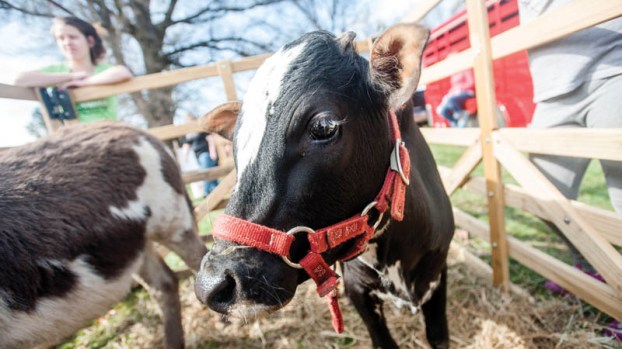 The BARKer Farm Petting Zoo will be set up at the Second Saturday event this weekend in downtown Ironton.

Event to be held at Ironton Rotary Fountain

The event is put on by the Ironton Business Community to bring people to downtown Ironton. The IBC started Second Saturday in May and the final one for this year will be in October.

September’s Second Saturday will be held in the area surrounding the Ironton Rotary Fountain on Center Street. The event runs from 10 a.m.-noon.

“This one will have Ironton vendors and artists set up, The BARKer Farm Petting Zoo which will be free, BC Tool and Party Rental will have inflatables, which will be $5 for the whole event, the Elks Club will have a corn hole tournament. It has a $10 entry for a two player team,” said Casey Compston, an IBC board member. The final of the corn hole tournament will be later in the day at the Elks Club house. There will also be Pizza Hut pizza for sale as well as hot dogs, chips and soda. “All the downtown businesses will be open. So, it should be a good event.”

Compston said the attendance at the Second Saturday events has been good.

“These events have really been pulling a lot of people downtown. And as they go on, they have been building as people become more aware of them,” he said. “The one we did with the car show was a big success with a lot of people down there. Each one seems to be more successful than the last.”

The IBC’s main goal is to promote all the businesses in Ironton, but the Second Saturday event is aimed at bringing people and interest to the downtown stores.

“It’s a matter of getting business on the same schedule,” Compston said. “So you know that at 10 a.m. on the Second Saturday, all your favorite businesses are going to be open and there is going to be stuff for kids to do while you are downtown shopping.”

Must register as tier III sex offender for rest of life A South Point man who was found guilty in... read more