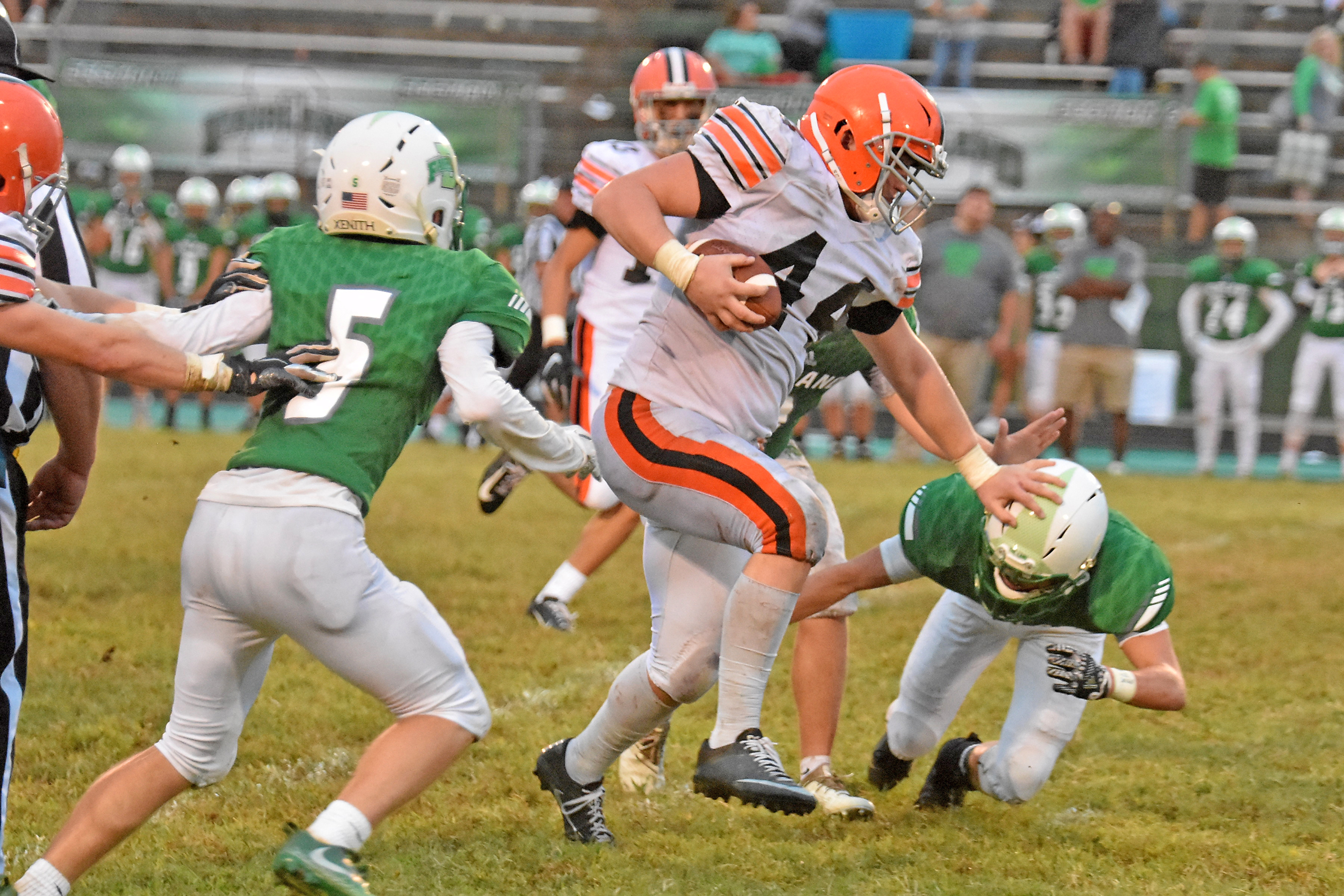 You might want to come early.
A large crowd is expected for Friday’s 7:30 p.m. kickoff at Tanks Memorial Stadium and with good reason.
The Ashland Tomcats — ranked No. 1 in Kentucky’s Class 4A — visits Ironton to play the Fighting Tigers in a big rivalry game.
Ashland is 4-0 with wins over Harlan County 49-6, Raceland 21-14, George Washington (W.Va.) 50-28 and Russell 41-0.
Ironton is 2-1 after beating Fairland 41-23 last week. The Fighting Tigers lost their opener 28-6 at defending Div. V state champion Wheelersburg and then bounced back to win 16-7 at Russell.
The Fighting Tigers’ defense rose to the challenge against Fairland and quarterback Joel Lambiotte last week, but Ashland senior Braxton Ratliff (6-foot, 185 pounds) is another duel threat and he is the best quarterback Ironton will face this season.
Ratliff is 35-of-60 passing for 760 yards and eight touchdowns. He has been interception twice — both against Raceland.
Ratliff has also rushed 32 times for 363 yards and four scores.
Joining Ratliff in the backfield are sophomore Keontae Pittman (6-0, 170) and junior Blake Hester (5-10, 160). Pittman has 35 carries for 348 yards and four touchdowns while Hester has 111 yards on 29 attempts with five touchdowns.
The Tomcats leading receiver is senior Cade Brandt (6-3, 170) with eight catches for 373 yards and four scores, but he was injured against George Washington and is not expected to play.
Junior Andy Layne (5-10, 170) has picked up the slack with nine catches for 209 yards and two TDs. Hester has added 11 grabs for 91 yards and a score. Pittman and senior tight end Russell Rogers (5-11, 210) are also targets in the spread offense.
While Ashland relies on a quick-strike style offense, Ironton counters with a strong running game led by sophomore Reid Carrico (6-2, 205) with 399 yards on 57 carries for a 7.0 yards per carry. He has three touchdowns.
Junior Seth Fosson (6-1, 225) also averages 7 yards a carry with 91yards on 13 attempts and a score.
Junior quarterback Gage Salyers (6-1, 185) has rushed 26 times for 121 yards and a 4.7 average. He scored four touchdowns in last week’s win over Fairland.
Salyers is 14-of-37 passing for 139 yards and a touchdown with two interceptions.
Backup fullback Cameron Deere had five attempts for 23 yards or a 4.6 average.
Ironton leads the series 45-34-3 but Ashland has won the last three meetings and six of the last nine.