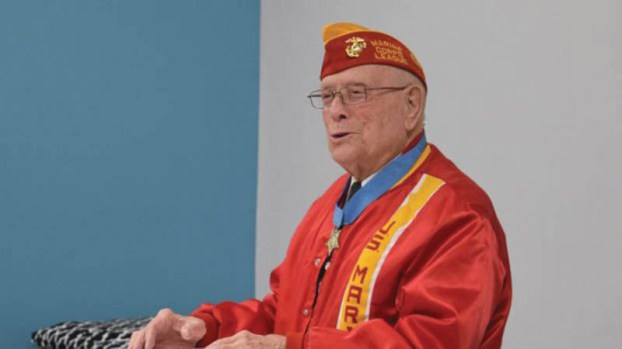 HUNTINGTON —  The VA Medical Center in Huntington was officially renamed in honor of a local Medal of Honor recipient during a ceremony on Sunday.

Williams, a retired U.S. Marine and Department of Veterans Affairs service officer, was described as “a long-time advocate for Veterans and their families, and presently, he supports Gold Star Families.”

The center serves more than 30,000 veterans in a primary service area that includes 10 counties in West Virginia, two counties in southern Ohio, including Lawrence, and 12 counties in eastern Kentucky.

Williams, who was awarded the Medal of Honor for his service at the Battle of Iwo Jima in World War II, is an active public speaker who last appeared in Lawrence County in fall 2017, when he spoke to students of the Tri-State STEM+M Early College High School.

ASHLAND — Ashland Community and Technical College was once again a host site for the regional IDEAL electrical competition where... read more