Meyer intends to coach as long as he can 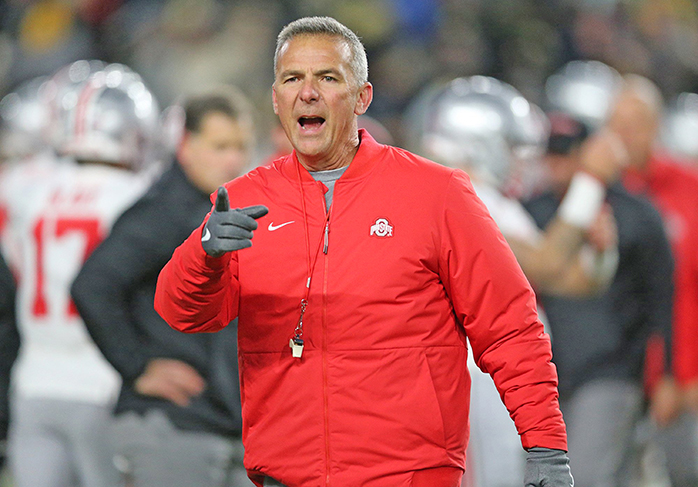 COLUMBUS, Ohio (AP) — Ohio State coach Urban Meyer re-iterated lingering health issues have been causing him occasional severe headaches this season, but says he intends to remain with the Buckeyes “as long as I can.”
Meyer spoke with a small group of reporters Tuesday to try to clear up questions about his future at Ohio State and why he has seemingly looked uncomfortable on the sideline this season.
Meyer addressed the issue and speculation about his future Monday, too. The headaches are related to an arachnoid cyst in his brain that he has been dealing with for years.
Dr. Andrew Thomas, Meyer’s personal physician, released a statement, saying he has been working with Meyer to monitor and manage symptoms.
Thomas said: “This includes aggressive headaches, which have particularly flared up the past two years.”