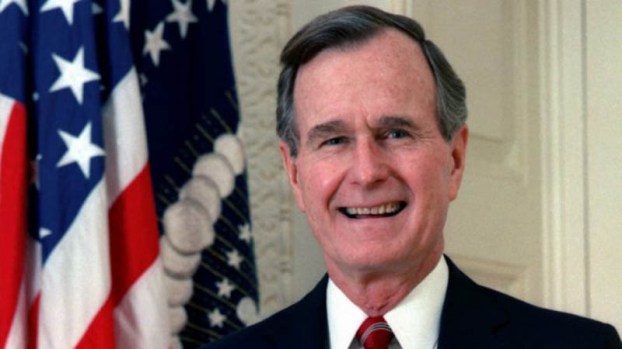 “George H.W. Bush did it all,” U.S. Sen. Rob Portman said in a news release. “He was a war hero, a Congressman, an ambassador, Vice President, and President during one of the most momentous periods in our country’s history.”

As a fellow Republican who served under Bush and was U.S. trade representative under his son, George W. Bush, Portman spoke of his interaction with the elder president over the years.

“An early boss and mentor, President Bush was one of the most decent and honorable men I’ve ever known, and a model that I have tried to follow in my years in public service,” Portman said. “It was honor to have worked for him when he was president and to have had his continued advice and counsel over the years. At the close of this truly great American life, let us honor his legacy by following his example of patriotism, public service, and bipartisan problem-solving. Jane and I send our condolences to the entire Bush family and we join them in mourning this extraordinary public servant and American hero.”

Bush, who served as president from 1989-1993, following two terms as vice president under Ronald Reagan, presided over the nation in the final days of the Cold War and served as commander in chief during Operation Desert Storm, in which the U.S. successfully drove Iraq to withdraw from its invasion of Kuwait.

As the early 1990s economic recession took hold, he was defeated for re-election by Democrat Bill Clinton in 1992. Eight years later, his son would be elected as president, making the Bushes the second father and son to serve as presidents in U.S. history.

“Like most of the WWII generation, and our veterans today, President George H.W. Bush never bragged about his military record,” Brown wrote on social media on Saturday. “He simply dedicated his life to service, and we are all grateful for his commitment to our country.

Connie and I send our deepest condolences to the Bush family, and everyone mourning his loss today, including our friend, Sen. Rob Portman, who served with President Bush.”
U.S. Rep Bill Johnson, R-Ohio, also spoke of the former president’s service to his country.

“I was saddened to learn this morning of the passing of President George H.W. Bush,” Johnson said in a news release. “There is no doubt that he was a true patriot, someone who loved and served his country in the Navy as part of the Greatest Generation. History has rightly looked back on his term in the White House favorably. And, after he departed Washington, he set an example with his exemplary character that inspired many to be better citizens and to volunteer in their communities. We’ve lost a giant in American history.”

Bush’s wife, Barbara, died at age 92 in April. Following a state funeral, he will be buried next to her and his daughter Robin at the George Bush Presidential Library and Museum in College Station, Texas on Thursday.

Every year, millions of Americans who purchased a “real” holiday tree don’t properly secure it to their vehicle, risking serious... read more