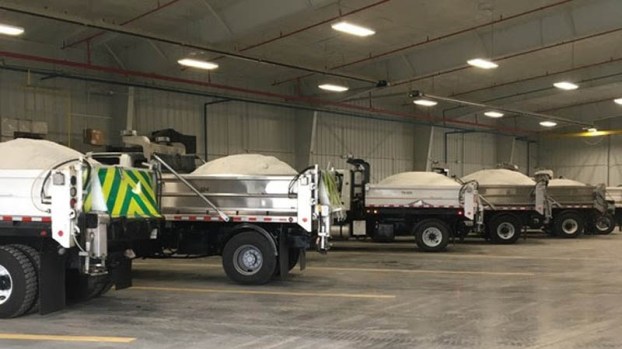 With the arrival of the area’s first significant winter storm of the season due this weekend, crews from the Ohio Department of Transportation (ODOT) District 9 maintenance facilities are gearing up and getting ready to go.

The National Weather Service has issued a winter storm warning beginning at 4 a.m. Saturday for southwest and south-central Ohio which includes portions of ODOT’s District 9, and a winter weather advisory for the remaining area covered by the district. Currently, the forecast calls for accumulations from four to six inches of snow in the northern and western part of the district’s eight-county region, and lesser snow accumulations to the south and east.

In preparation for the storm, ODOT crews are pre-treating routes, fine-tuning equipment and loading trucks this afternoon, and the first round of snowplow operators will begin patrols at 4 a.m. Saturday. Crews will then roll into 12-hour shifts at noon Saturday, and continue working the duration of the storm, applying materials and plowing roadways as needed.

As always, ODOT reminds motorists to exercise additional caution when traveling during inclement weather. In addition to reducing their speed, drivers need to allow additional travel time and maintain safe following distance behind other vehicles. Motorists should also pay heed to snowplow operators and trucks, as they travel at speeds well below the posted limit, as well as their visibility being limited.

Ironton mayor will have forum

Will discuss city’s financial situation, fees at OUS Ironton Mayor Katrina Keith has announced there will be a public forum... read more