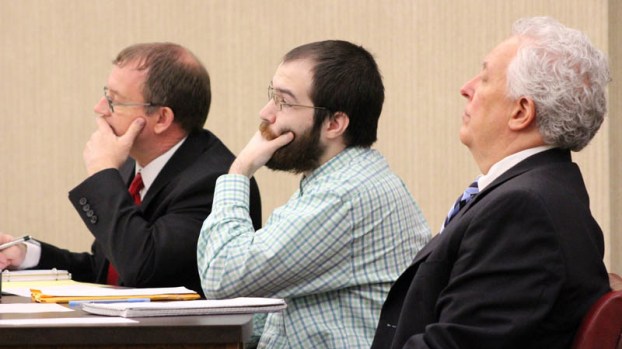 Opening statements in the trial for a man accused of murdering four people will begin Tuesday morning in the courtroom of Lawrence County Common Pleas Judge Andy Ballard, after the final jury selection was completed Monday afternoon at the courthouse.

Monday morning began with several motions heard by Ballard. The motions that were approved included allowing the jury will see the crime scene, excluding people who fairly consider mitigating evidence or people who would automatically vote for the death penalty if a guilty verdict is reached.

A motion limiting access to law enforcement records was denied, as was a motion prohibiting victim impact statements.
Monday afternoon, the final jury pool was whittled down from 50 people to 12 jurors and four alternate jurors after a nearly four-hour process in the courtroom. The jury will be sequestered from media coverage of the trial.

The court has blocked off one month for the trial because the state is seeking the death penalty against Lawson. The first part of the trial will determine Lawson’s innocence or guilt and the second part will be, if Lawson is found guilty on the murder charges, for the jury to determine if the death penalty applies in this case.

Continue checking The Tribune, The Ironton Tribune Facebook page and our website for more details and coverage.

Initiative formed to clean up county SOUTH POINT— An initiative to clean up Lawrence County has been on the county... read more