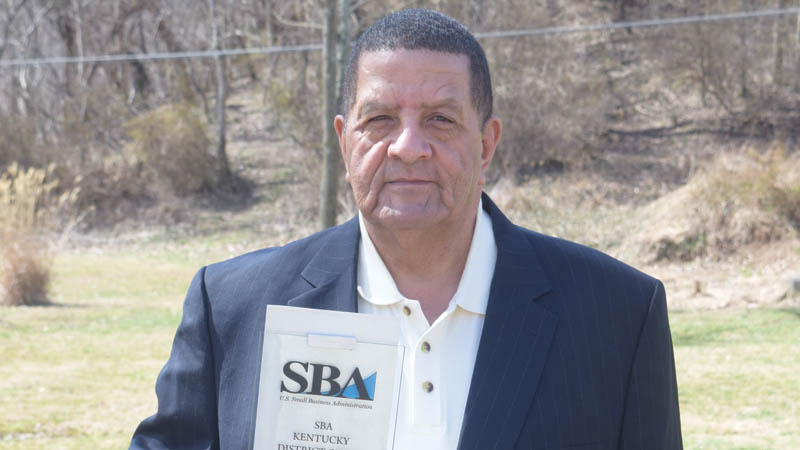 Louis Green, of South Point recently received the 8 (A) Hall of Fame Award from Small Business Association of Kentucky.

SOUTH POINT — A Lawrence County man has been honored by officials in Kentucky for his two decades of successful business.

Louis K. Green founded Robinson Contracting, Inc. 19 years ago with another individual. Since then, he has run it by himself, serving as president.

“We do mostly heavy construction and industrial work,” he said, stating his company is involved in projects in Ohio, West Virginia, Kentucky, Virginia and North Carolina.

Earlier this month, he received the 8(A) Hall of Fame Award from Small Business Association of Kentucky.

“I was down in Pikeville at a meeting,” he said, stating the award came as a surprise to him.

The award is a distinction for minority-owned businesses, of which Green said he believes he is the only one in his field locally.

Green said, as a result of the award, he is inducted into the Hall of Fame for the SBA, which is based in Louisville.

“They only give this out once a year,” he said.

Green said his business can employ up to 30-40 at a time, depending on a project.

He said one of the factors considered is how much the company has grown.

Work done by Green’s company can also include welding, pipefitting and work for state governments on projects like dams.

Green is a 50-year resident of the South Point area, where he lives with his wife Darlene, who is the director of the Chesapeake-Sybene Senior Center.