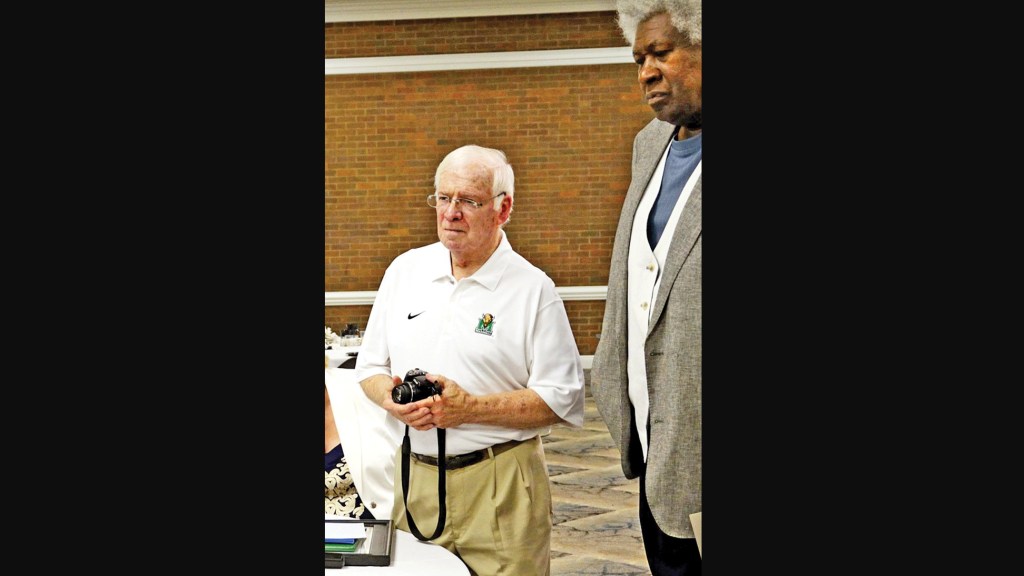 HUNTINGTON — Bobby Nelson, a fixture in Tri-State politics for several decades is being remembered for his life of activism of public service.

The former Huntington mayor and West Virginia legislator died at the Emogene Dolin Jones Hospice House Friday. He was 84.

“A giant champion of the rights of all departed us today,” Williams said. “Mayor Bobby Nelson built his life around creating a voice for the voiceless, offering opportunities for the disenfranchised and hope to the hopeless. He served our city over a span of four decades, whether it be in the West Virginia House of Delegates, the state Senate, as mayor of the City of Huntington or host of a popular radio show.”

Williams said Nelson was “never shy about advocating for those causes which drew his interests.”

“Our community is better because of the leadership he provided,” Williams said. “I valued my friendship with Mayor Nelson and call on all Huntingtonians to hold his family in our prayers.”

Born in Whitesville, Nelson served in the U.S. Marine Corps from 1953-57, and then attended Marshall University (then Marshall College) on the G.I Bill.

He was politically active on campus and was involved in the effort for the school to gain university status.

While enrolled at Marshall, Nelson was a student in classes taught by former Truman administration aide Ken Hechler, who he often said served as an inspiration and mentor to him.

When the students encouraged Hechler to run for Congress, Nelson served on his campaign. When Hechler won the 1958 election in an upset, Nelson followed him to Washington, D.C., serving on his staff. He returned to Huntington to run the Democratic congressman’s local office.

Carter, a longtime civil rights activist in Huntington, said Nelson was instrumental, working with Hechler, to get him a job as a capitol policeman in Washington.

“Bobby and Ken Hechler were my immediate and first mentors,” Carter said. “They showed me the importance of electoral politics.”

Carter said, as a result, he was the “only athlete to ever receive a Congressional appointment to serve on the capitol police,” a job he served while playing on the team at Marshall, returning to finish his senior year after his time in D.C.

“I’ll be forever grateful for that experience and my continued relationship with Bobby and his son, Phillip,” Carter said.

Nelson followed his work for Hechler up with a run for legislature, where he served five years as a delegate and 14 years as a senator

While in the state Capitol, he became known for his advocacy to Marshall University, helping to secure funding for the Joan C. Edwards Stadium and other campus projects, as well sponsoring a bill to the start the school’s autism center.

Nelson then ran for mayor of Huntington, serving from 1985-1993, pioneering the city’s then-new strong mayor system of government. His accomplishments included work to develop the city’s Superblock, as well as instituting programs to help the area’s homeless. He also brought the Huntington Blizzard hockey team and Huntington Cubs baseball team to the city.

After leaving office, Nelson became involved in activism and organizing efforts, with groups such as the Ohio Valley Environmental Coalition in opposition to mountaintop removal strip mining. He also ran the county Democratic Party’s headquarters, located near Marshall University in presidential election years, where he taught and supervised student volunteers.

Nelson later became host of Tri-State Talk, a radio program focusing on regional issues, which aired daily on Kindred Communications in the past decade.

“I’ve become a statesman,” Nelson often joked on the show. “Do you know what a statesman is? It’s a politician who can’t get elected anymore.”

Huntington author Carter Taylor Seaton recalled her friendship with Nelson, who she had known since they were both students at Marshall.

“Bobby was a man of strong principles who never wavered in them,” Taylor-Seaton said. “I believe he learned this in part from his mentor and hero, Ken Hechler, with whom he remained a life long friend. Aside from his devotion to politics, he was a loyal friend to many and I’m glad to have been counted as one of them. I’ll miss him for the rest of my life.”

“Bobby was an effective, energetic and charismatic political leader,” he said. “I thank him for all that he gave me. I considered him a dear friend and personal mentor. I offer my condolences to the family and the community for all of our loss.”

A memorial service for Nelson is set for 11 a.m. Tuesday at Beverly Hills Presbyterian Church in Huntington.