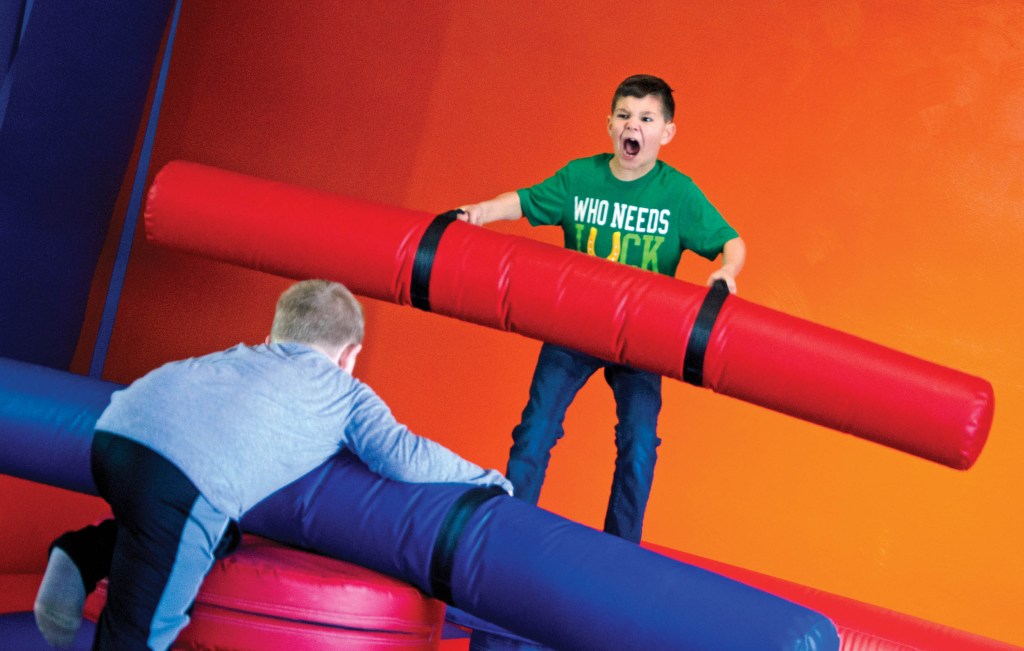 SOUTH POINT — Staff at Tri-State Kid Zone say their business was launched with a clear aim: To give children and families in South Point something to do.

“It was started in December by Chris Nicely,” Lisa Elkins, who works at the location, said. “He called me up one day and told me, ‘I bought a church.’”

Taking over the former location of South Point Church of the Nazarene on Ninth Street, which had moved up the street, the two-story building now features inflatables, air hockey, a pool table, an arcade room and more.

“And he’s going to be adding things,” Elkins said.

She said the venue has stayed busy since it’s opening, with four to five parties booked each weekend.

“That way, any kids who haven’t been invited yet can come,” Elkins said.

On Friday, Tri-State Kid Zone played host to a day-long string of groups of children, as nearby South Point Elementary booked the venue for its good behavior parties.

Assistant principal Bill Christian said, throughout the school year, students have had a chance to earn “Pointer Bucks.”

“If they’re good all day, do their work and have no behavior problems,” they earn $1, he said.

He said up to $40 are possible for each nine weeks grading period.

On Friday, the students were given the chance to cash in what they’ve earned, with several options to spend the Pointer Bucks available.

For $30, they could go to Tri-State Kid Zone for the inflatable party or, for $20, they could attend a dance party at the school. Also available were ice cream for $2, cookies for $2 and raffle tickets for $1.

“This gives them more incentive to behave,” Christian said, stating it falls into line with state requirements. “It puts the student in charge of their behavior.”

He said it also teaches them about economics.

“And, if they have one bad day, it doesn’t mean that they lose everything,” he said.

The venue proved popular with students, with 220 children walking over in groups, while another 100 took part in the dance party. Christian said most of the school’s 390 students took part in one of the two options.