Plans outlined for walk/rally on suicide

ROME TOWNSHIP — Organizers of a walk aimed at suicide prevention explained the details of their plans at Tuesday’s meeting of the Lawrence County Commission.

Representatives from Impact Prevention were on hand at the weekly meeting, which took place at the meeting of the Rome Township Trustees.

Eddie Neal, youth programs coordinator for Impact Prevention, said the group plans to have a rally on Thursday, April 4 in Ironton, starting at 3 p.m. at the group’s office at River Hills Community Center, located at 628 S. Ninth St., followed by a walk to the Lawrence County Courthouse.

In his remarks introducing Neal, Commission President Freddie Hayes Jr. spoke of his predecessor, Bill Pratt, who died in December. Next week’s events are being done in his memory.

“As you know, I served eight years with Bill Pratt,” he said. “He killed himself back in December. He was not only a colleague, but my best friend. I was by his side about every day, but we weren’t able to save him.”

Impact Prevention is a non-profit prevention agency, focused on evidence-based prevention strategies for youth in the community.

Neal said they recently had a youth summit and they plan to rally with youth teams.

“We want the youth to have a large say in this,” Neal said. “And we’re asking the community for their willing participation.”

He said the rally is the first of many events they have planned to address the underlying issues behind suicide and depression.

“We are looking to make April Kindness Month throughout Lawrence County,” he said. “We are acting for inclusion and communication.”

He said the events would help to create a sense of community.

“It’s about people being connected, having fun and feeling good about life,” he said. “It’s less likely to lead to those other negative results.”

Neal introduced Leah Stapleton, a senior at Dawson-Bryant High School, who has worked with Impact Prevention for three years.

“We have facilitators that come to our schools and we rally against aspects decreasing overall well being,” she said.

Neal thanked the commissioners for their support of the upcoming rally and spoke of activities he has planned.

He said the group hopes to lead “kindness challenges” in local schools, to “emphasize happiness and social inclusion.”

“We want to bring up morale and empower the youth,” he said.

Their former president, Laura Brown, introduced the group’s newest officers and urged those in attendance to consider joining the group for $5 a year.

Osborne also asked more people to get involved with their efforts.

“We are looking to get more people involved, spread awareness and education,” she said. “If you love animals, it really doesn’t take much of your time, and we appreciate everyone’s help.”

Commissioner DeAnna Holliday praised both groups for their effort and also emphasized the need for youth to get involved.

She asked them to consider starting a Junior Humane Society for this purpose.

“It would be beneficial and we would certainly be behind this as county commissioners,” she said.

In commissioners’ reports, Holliday spoke of Project First Impression, which had worked on a clean-up project along U.S. 52 earlier in the day. She said she hopes more people will get involved and urged the audience to share the group’s message on social media.

Commissioner Colton Copley reminded those present that Little League season is beginning around the county, with opening day in Proctorville and South Point set for April 6.

In his report, Hayes spoke of the Sybene-Chesapeake Senior Center, and reminded those present that Senior Day at the Lawrence County Fairgrounds is coming on May 14 and will run from 9 a.m.-2 p.m. He said more than 80 vendors will take part in the free event, which will feature door prizes, a petting zoo, health screenings, food and entertainment.

He also gave an update on plans for the new home for the senior center, to be built at the fairgrounds this fall.

Hayes said the land has been surveyed and will be purchased soon and he hopes a groundbreaking will take place the week of the fair.

The funds secured from the legislature, amounting to $1 million, will also go toward a new EMS station for the eastern end of the county, as well as paying down a loan on the barn at the fairgrounds.

• Heard from county treasurer Stephen Dale Burcham, who said the first half of taxes have been finalized and are about to be turned over to the county auditor’s office.

He said the county had collected $34 million for the first half of the year.

“That’s an increase of $10.6 million from last year,” he said.
Burcham reminded the room that 72 percent of those funds, amounting to $25 million, will go to local school districts.

“I’m very proud we do all we can to assist educators,” he said.
Burcham said the second half of taxes are due by July 5.

• Also heard from Burcham about the county’s Land Bank, of which he is president.

He said he recently met with officials in Louisiana to advise them on starting similar efforts there. He said this is the third state he has visited for this purpose.

“We’ve become something of a hit,” he said.

Burcham said contracts for more demolitions are ready and another 15 or so structures “should be coming down.”

• Heard from Lawrence County Common Pleas Judge Andrew Ballard, who said court matters had been relatively quiet since the conclusion of the Arron Lawson trial last month. Ballard also discussed the issue of overcrowding at the county’s jail and working to find a solution to that problem.

• Heard from Rome Township residents about local issues, many of which were related to clean-up efforts. 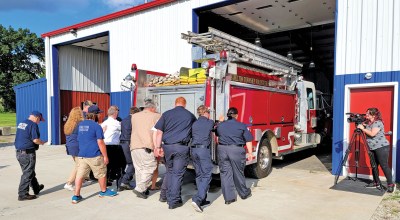 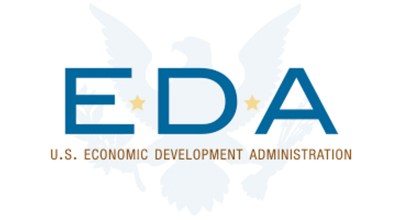 Ironton gets $2m to fix area around industrial park