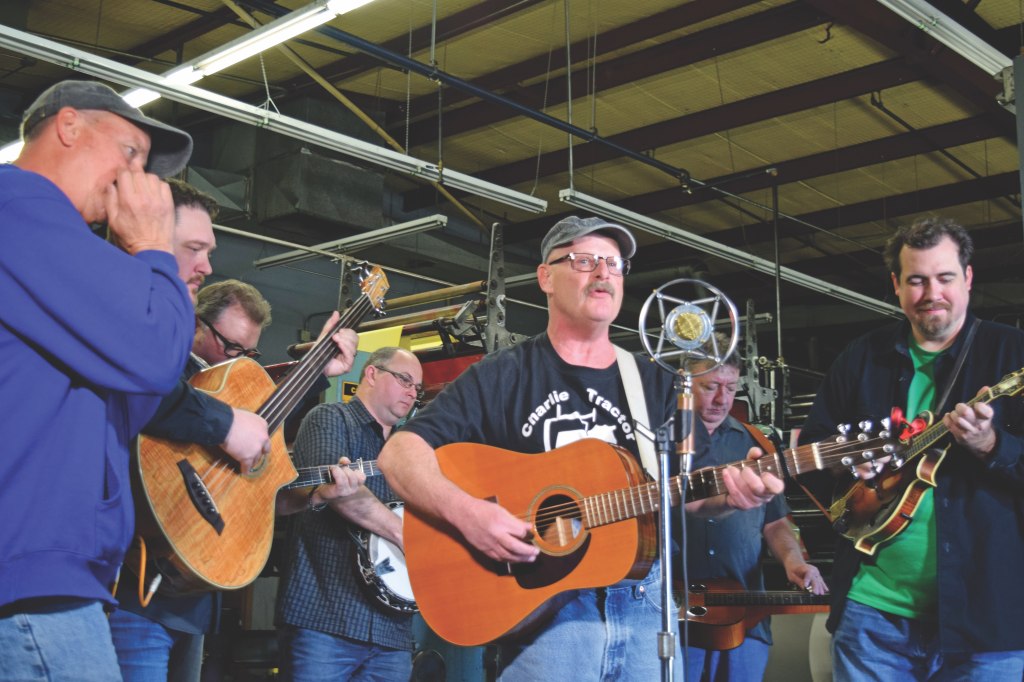 The Ohio River Revival is set for June 29, bringing a day of free music to Ironton’s riverfront and in coming weeks, The Tribune will preview the musical acts involved with the festival.

On March 23, the first episode of Press Room Recordings, a series of live performances, was filmed in the back of The Tribune’s building on South Fifth Street.

“We are partnering with Armstrong cable and producing 30-minute episodes featuring musicians who will be performing at Ohio River Revival,” Tribune general manager Sarah Simmons said. “It’s a way for us to promote a community event and showcase the area’s talent.”

Simmons said about 10 local and regional acts will be recording performance in The Tribune’s pressroom.

“These will be available on Armstrong and we’ll share them on our social media sites in the coming weeks, so stay tuned,” she said.

Simmons said the genre of the performances for what one of the artists describe as “bluegrass and beyond,” ranging from traditional music in the style to that with a modern twist.

All of the performers are scheduled to perform at the string band festival in June, which will take place at the riverfront and is free and open to all ages. It will run from 11 a.m.-midnight.

Organized by the nonprofit Ohio River Revival and Appalachian Uprising founder Bob Delong, the festival is the first of what organizers hope will be many for the region.

More details on the launch of Press Room Recordings will be announced later this month.