Courthouse Fourth Street entrance to be closed: Crews will be doing repairs to stonework 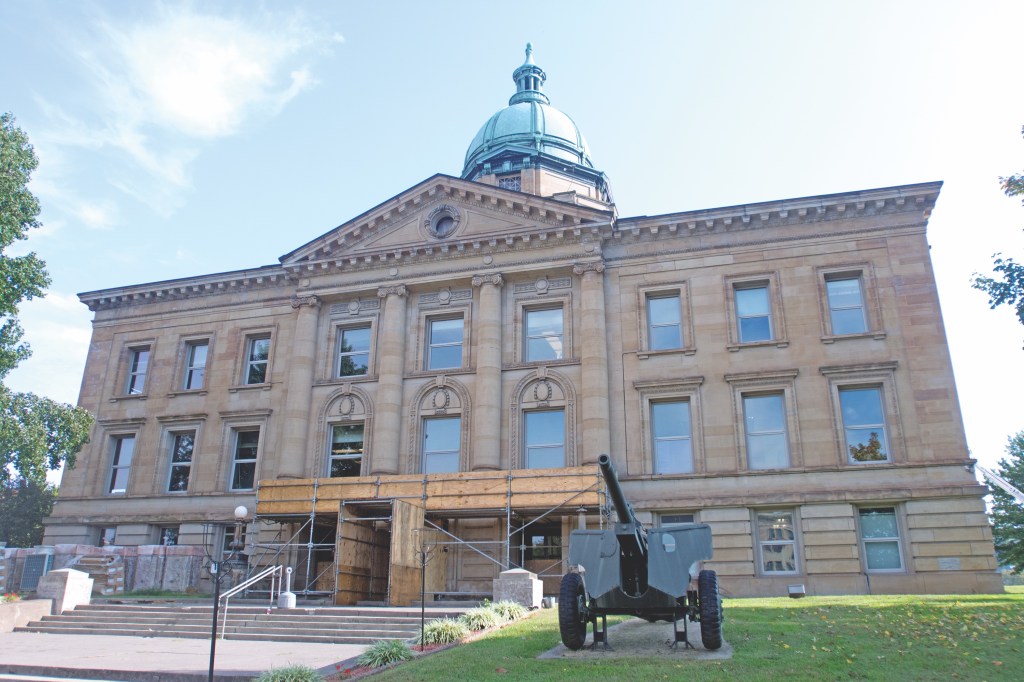 Anyone going to the Lawrence County Courthouse for the next few weeks will have to enter via the Fifth Street entrance as crews will be doing repairs to the building’s stonework over the Fourth Street entrance.

The closure begins on Thursday and it will remain closed for at least five weeks.

“The crew will be working above the entrance area and there is a crane there and we don’t want anyone coming in and out, because they could get hurt,” explained Summer Riley, administrative assistant to the Lawrence County Commissioners.

The Fourth Street entrance goes into the original part of the courthouse.

Crews have fixed mortar joints and are now working on the stonework that has come loose or eroded over the entrance. The detail work around the entrance and windows had soft casts made of them and crews will be installing that. Then they will be painted and touched up.

Crews have been working on the courthouse since last July and work is expected to go until December or January. Other things that are being worked on or have been completed includes new elevators, upgraded heating and cooling systems, better lighting, a new roof, energy-efficient lighting, sealing off potential leaks with new mortar, making the annex better match the original courthouse, fixing crumbling architectural details and returning the dome to it’s original copper color.

The dome will undergo restoration because there are issues with it, including water leaks. It will also be blasted to remove the green paint, which is not original to the design. When the crews are done with it, the dome will gleam in the sunlight again.

The total cost of the project is $6.5 million with $4 million in funds coming from the state, which was given to counteract the loss of the Medicaid Managed Care Organization sales tax.

The courthouse renovation project is being completed by The Perfection Group, which is based in Cincinnati.