Doctor caught in crackdown: Spelar was convicted in 2017 for drug activity 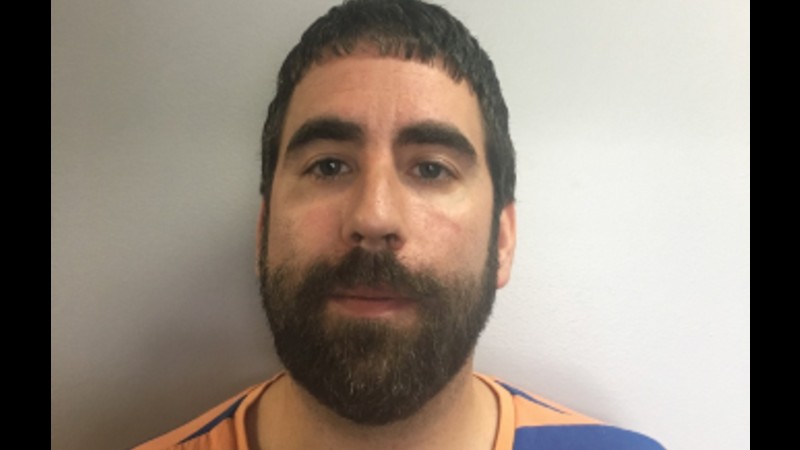 A doctor who was arrested at an Ironton hotel in 2017 for possession of drugs and trafficking in drugs is now in trouble with the federal authorities who did a seven-state crackdown against medical professionals who were over-prescribing medications.

Those charged included 31 doctors, seven pharmacists, eight nurse practitioners and seven other licensed medical professionals, for their alleged participation in the illegal prescribing and distributing of opioids and other dangerous narcotics and for health care fraud schemes. According to the Department of Health and Human Services Office of Inspector General, the charges involve over 350,000 prescriptions for controlled substances and over 32 million pills in West Virginia, Ohio, Kentucky, Alabama and Tennessee.

Among those doctors charged is Dr. Marc J. Spelar, 37, who had a business in Milton, West Virginia, called Prometheus Mentis Psych PLLC. In May 2017, he came to the attention of the Ironton Police Department after he and his girlfriend refused to vacate a hotel room and the hotel workers smelled marijuana. When the police entered the room to remove the couple for criminal trespassing, they found drugs, drug paraphernalia and needles and spoons and arrested the pair. While the doctor was in the Lawrence County Jail, he was assaulted. He was taken to the hospital and was released on a medical own recognizance bond and was required to turn himself back into the jail after he recovered. He did not and was arrested in June 2017 in Boyd County.

Spelar later had a trial in the Common Pleas Court of Judge Charles Cooper. In October 2017, Spelar was found guilty of two counts of fifth-degree felony possession of drugs and sentenced to four years of community control with intensive supervision until 2021.

His supervision was transferred to Boyd County, Kentucky, since he was living there.

According to documents released by the Department of Justice, the U.S. District for the Southern District of West Virginia indicted Spelar on April 2.

He was indicted on 10 counts for allegedly distributing Schedule II narcotics beyond the bounds of his medical practice to a single patient between October 2016 and April 2017.

The indictment said the prescriptions included dextroamphetamine, methylphenidate, and amphetamine salt, to a patient who did not have a medical need for the drugs and whom the doctor never examined. The case was brought in connection with assistance from the Drug Enforcement Agency and the U.S. Department of Health and Human Services Office of Inspector General.

“I charged him with state crimes, not federal ones,” he said, adding that Spelar was being investigated by federal agencies since his arrest in 2017. “It just takes a while for an investigation like this.”

The charges against all the medical professionals came as part of the effort of the U.S. Attorney General’s Criminal Division’s Appalachian Regional Prescription Opioid Strike Force.

“The opioid epidemic is the deadliest drug crisis in American history, and Appalachia has suffered the consequences more than perhaps any other region,” Barr said. “But the Department of Justice is doing its part to help end this crisis. I am grateful to the Criminal Division, their U.S. Attorney partners, and to the members of the strike force for this outstanding work that holds the promise of saving lives in Appalachian communities.”

Azar said that reducing the illicit supply of opioids is a crucial element of Trump’s plan to end this public health crisis.