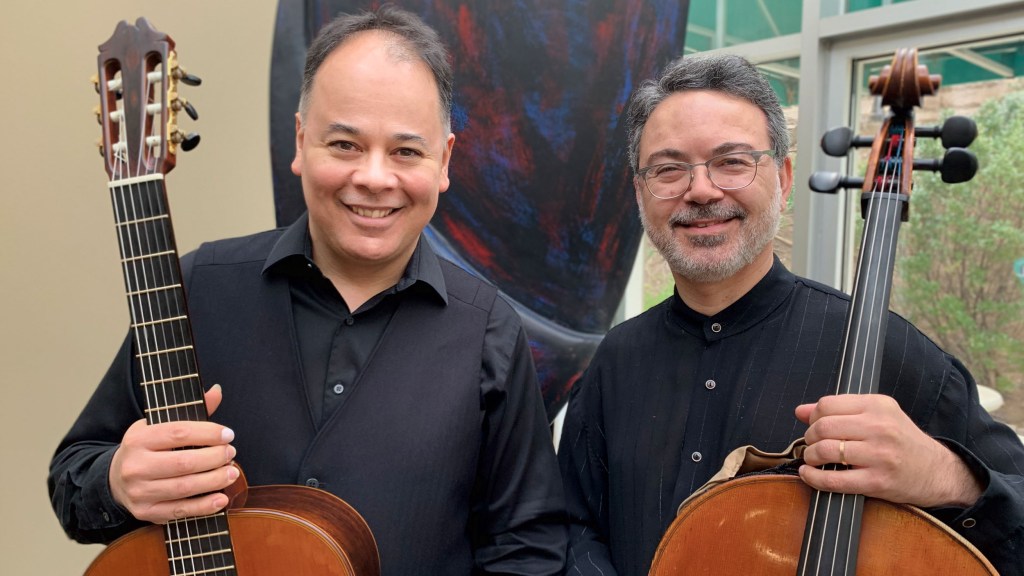 Alves-Dikener Duo will perform at OUS in Bowman Auditorium

This is the last 2018-2019 Ironton Council for the Arts season subscription concert. Admission is $10 and tickets are available at the performance. Ohio University students will be admitted free with valid ID.

In the fall semester of 2019, Dr. Alves was on sabbatical working on his new project: the first recording of the solo guitar works by Brazilian composer Eustaquio Grilo.

Solen Dikener was born into a musical family. Shortly after his admission to the State Conservatory in Ankara, Turkey, he was placed in the gifted students program which allowed him to receive an intense musical education. He further studied cello with Tobias Kuhne in Austria and Paul & Maud Tortelier in France. He earned his doctorate degree (DMA) from Michigan State University.

Dikener’s solo and chamber music career began early on performing the cello concerto by C. Saint-Saens at the age of 17 and touring throughout France with Trio d’Autan in following years. He is a founding member of the Capital Trio from New York and has been performing concerts in the U.S. since 1997.

Throughout his career, he has performed concerts in the U.S., Germany, Austria, France, Turkey and the U.K., in collaboration with many great artists. He published seven CD recordings that feature the music of composers from Turkey and the U.S. A full professor of music, Dikener has been teaching at Marshall University since 2002. He is also director of DatCA Summer Cello Academy in Turkey.