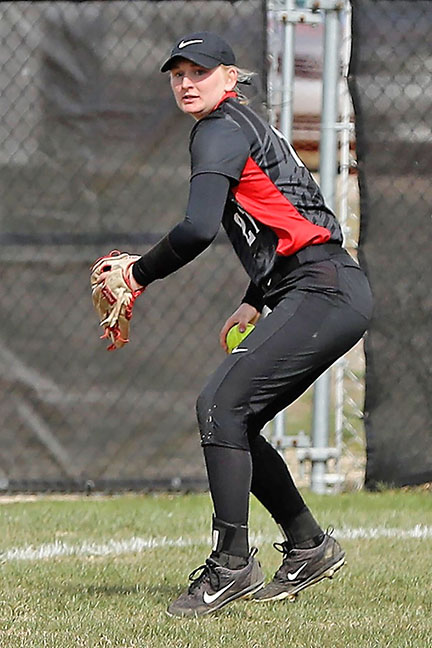 MIDDLETOWN, Ohio -— University of Rio Grande outfielder Taylor Webb hit .500 in four games last week to win River States Conference Softball Player of the Week for April 15-21.
A freshman who played for the Symmes Valley Lady Vikings, Webb batted 7-for-14 on the week with seven runs, two doubles, a triple, a home run and seven RBIs.
Those numbers helped lead the RedStorm to a rivalry doubleheader sweep of Shawnee State and an RSC sweep of WVU Tech for the RSC regular-season title.
Webb had two hits in each game versus SSU and tallied two doubles, a homer and five RBIs on the day.
Against WVU Tech, she was 2-for-4 with two runs, a triple and one RBI in the opening win. She added a base hit, a run and an RBI to provide the sweep.
Rio Grande is 29-11 overall, 15-1 RSC and will be at Northwestern (Ohio) on Wednesday for its next games.