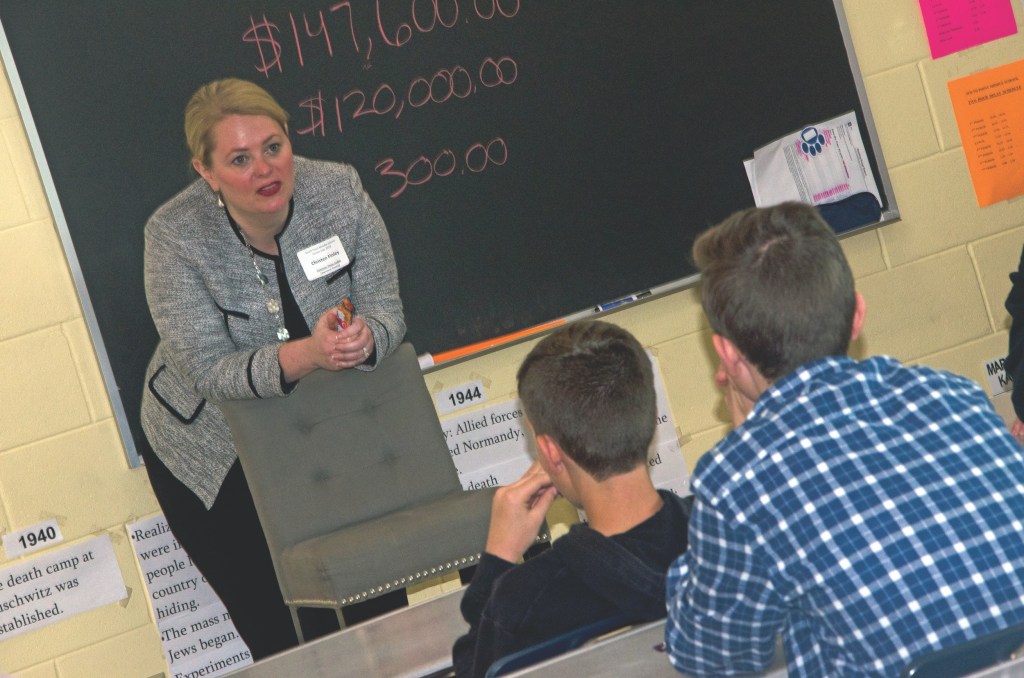 SOUTH POINT — On Friday, South Point Middle School was host to 21 speakers who shared with students information about what their job entails.

The school hosted its first annual Career Day, bringing figures from the community to its sixth through eighth grade classes.

“This is our inaugural year,” principal Mylissa Bentley said. “We’ve done this on a smaller scale before, but this is the first time on this level.”

“I told them basically where I came from” Finley said. “And what it takes to be a judge.”

Finley also spoke of concerns students may have when finding a career, such as repaying student loans.

Bentley said the goal was to let students know of possibilities beyond high school.

“We hope they inspired them about types of careers and fields available in the Tri-State,” she said. “This helps kids to get a jump start on what they want to do with the rest of their lives.”