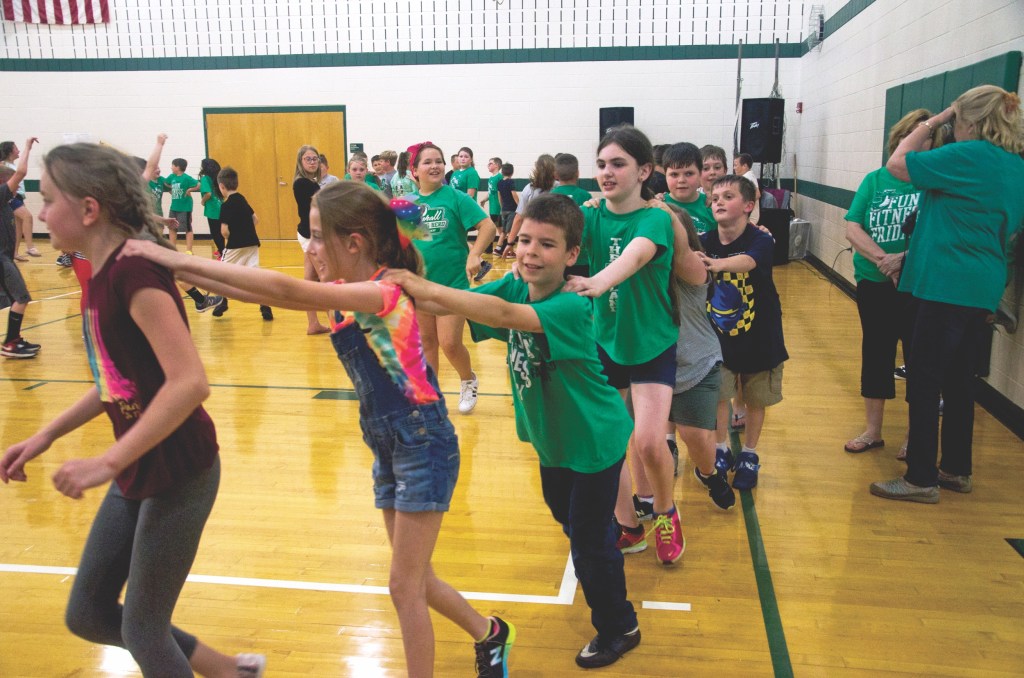 (The Tribune/Heath Harrison) Fairland West Elementary students dance in the gymnasium to music as part of the school’s end-of-testing party on Friday.

ROME TOWNSHIP — Students at Fairland West Elementary completed all statewide tests two weeks ago and, on Friday, the school celebrated, as they do each year, with a party to mark the event.

“We’re calling it ‘Hot dog! Testing is over!’” teacher Shawna Leep, who organized the event, said.

Outside, Leep set off geysers from soda and Mentos, trying out various types and explaining to the children why each had various results.

One of the parents helping with the science fun was Angel Schneider, who taught children how to make slime.

Schneider, who has a daughter in third grade and a son in fourth grade at the school, suffered a heart attack in September and had a stint inserted.

Assistant principal Sandy Joseph described her as a “miracle mom” and an inspiration for how quickly she was back to being deeply involved with the school.

In addition to the science experiments, a DJ was on hand to host a dance party in the school’s gym, while a picnic with hot dogs took place outside.

Principal Teresa Johnson said  the hotdogs and buns were donated, as they are each year, by Necco.

“Their counselors come here to the school,” she said of the foster care service.

All public school districts in Ohio take part in state testing, the results of which are ranked in school report cards each fall.