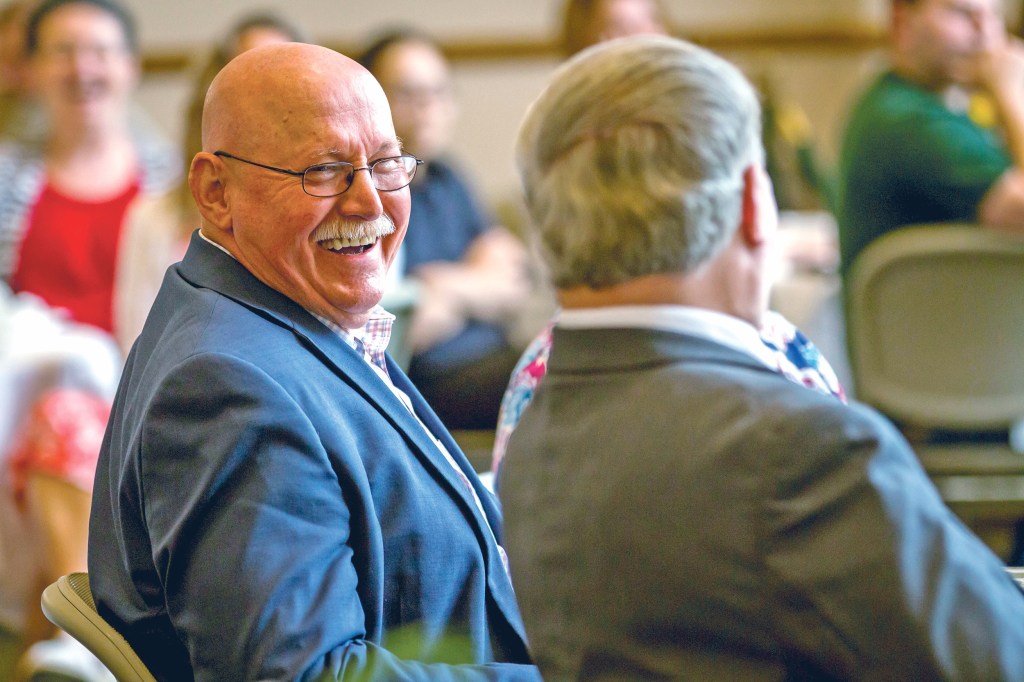 Colleagues, friends and family gathered at Ohio University Southern in Ironton to celebrate the work of William “Bill” Willan, who will retire as executive dean for Ohio Regional Higher Education next month.

Since joining Ohio University in 1999, Dr. Willan has served as coordinator of academic program development for Regional Higher Education; as assistant vice president for Regional Higher Education; as interim dean of both the Eastern and Southern campuses; as associate vice president for academic and student affairs for University Outreach and Regional Campuses; and as interim executive director of eLearning OHIO.

Willan was named dean of Ohio University’s Southern Campus in July 2009 and was appointed executive dean for Regional Higher Education in July 2013.

Dr. Willan was instrumental in developing the OHIO for Ohio initiative that seeks to expand Ohio University’s footprint throughout the state, providing access to education, addressing critical needs within communities and strengthening local and the state economies.

Willan was honored with remarks from several of his Ohio University colleagues, including President M. Duane Nellis.

Nicole Pennington, Dean of Ohio Southern and Interim Executive Dean of RHE, commended Willan as “an excellent example of a leader,” calling him a colleague as well as a mentor.

The Electronic Media program at Southern produced a video compilation, highlighting Willan’s career with remembrances from co-workers across the University system.