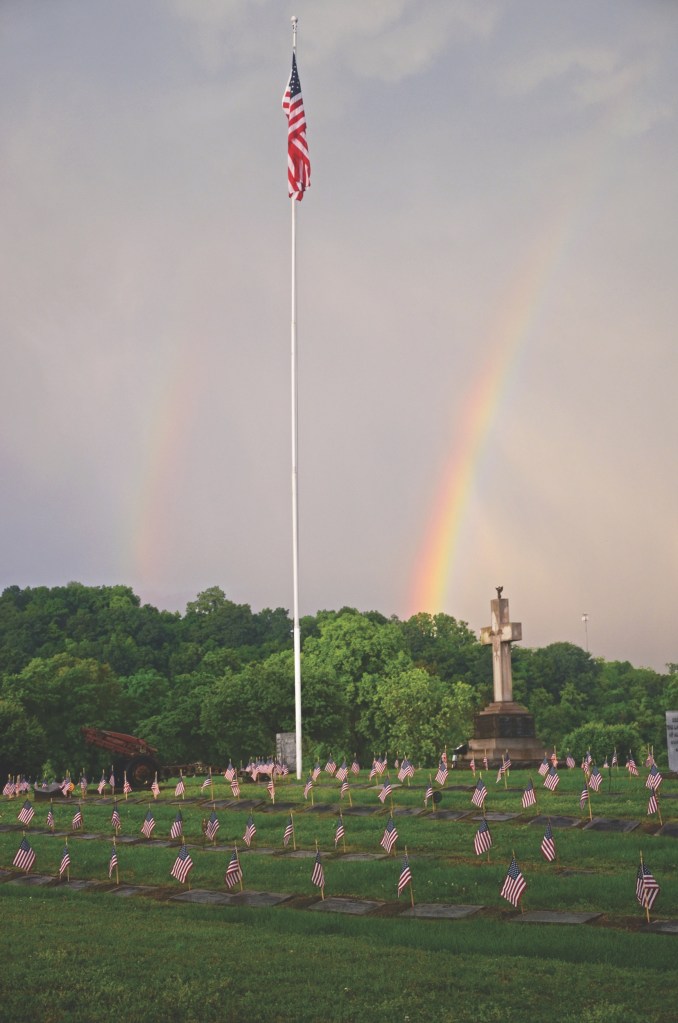 Preparations are nearly complete and the Ironton-Lawrence County Memorial Day Parade is set for next week.

Volunteers spent the weekend cleaning up the 1,600 veteran graves at Woodland Cemetery, including Soldiers Plot, and placing flags on each.

On Sunday, the annual Memorial Day ceremony will take place at the cemetery at 2 p.m. This year’s speaker will be retired U.S. Navy Cmdr. Paul F. Woods, a lifelong resident of Ironton.

He graduated from Ironton High School in 1956 and then went to the University of Louisville on a Navy scholarship before enlisting. He then attended the U.S. Naval Academy and graduated with a degree in electromechanical engineering in 1963.

He served on destroyers and, while stationed ashore, he served as an aide to the commandant of the Industrial College of the Armed Forces. He earned a master of science degree from George Washington University. He was assigned to the British Royal Navy to help with the development of the SEAWOLF missile.

After leaving active duty in 1986, he worked with a Washington, D.C. engineering firm and worked on several projects including financial management software, missile systems and mine resistant vehicles for the troops in the Middle East.

On Thursday, the Navy Night Memorial Service will be held to honor those lost at sea. It will be at the Third Street Landing overlooking the Ohio River.

The speaker will be Lt. Cmdr. Taylor George. He currently serves as the staff judge advocate of the Naval Special Warfare Detatchment, Special Operations Command SOUTH in Homeland, Florida.

George earned his law degree at West Virginia University of Law in 2001. He has served in several naval posts including training criminal investigators in Iraq in 2007-2008, training Marine attorneys and paralegals, being a defense attorney in the Navy-Marine Corps Court of Criminal Appeals and serving as a reserve judge advocate.

Starting Friday, the Ohio Flag of Honor will come to town, escorted by the Blue Knights Kentucky VIII law enforcement motorcycle club. Opening ceremony will be at 6 p.m. at the Ironton Hills Plaza. Volunteers are asked to help with the placements if the flags when the names of the fallen soldiers are called. The display will be up until after the Memorial Day parade.

This all leads to the big event, the 151st annual parade, featuring 12 divisions, set for downtown Ironton and stepping off at 10 a.m. The parade route begins Fourth and Center streets, goes up S. Third Street to Quincy Street, turns left on Sixth Street down and ends on Park Avenue.

The Tribune will publish its annual parade special section in this weekend’s paper, featuring profiles of the parade leaders, a list of the line-up, the parade route and a Memorial Day history column from retired Ohio University Southern history professor Bob Leith.