Readying for the parade: Ironton school preps for annual event 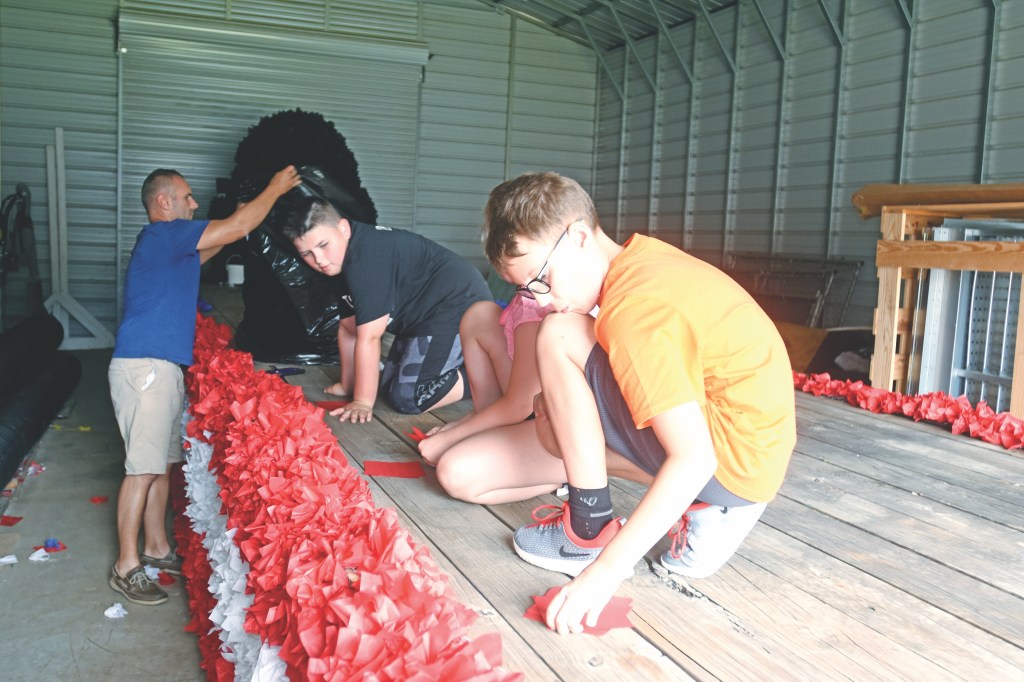 It takes a lot of work and a lot of people to get a float ready for the annual Ironton-Lawrence County Memorial Day parade.

For example, the Ironton schools float is being worked on in two different school garages to represent patriotism and Ironton’s history.

Over at the high school, 14 students in the auto tech class were putting together replicas of a Detroit, Toledo and Ironton train engine and a giant football with three laces to represent the Ironton Tanks football team.

There will also be an old desk from the Lawrence County Museum as a tribute to the Child Welfare Club and an American flag on a pole.

“It’s about Ironton traditions,” Wilson said, adding that his wife found out that the Ironton Tanks were started 1919. “They didn’t start actually playing in Tanks Stadium until 1926. But it has been 100 years since they were formed, so we thought we would pay tribute to them since they are a historical part of Ironton.”

The Child Welfare Club is also celebrating its 100th anniversary of helping children in the area.

Students riding the float will also be dressed in military uniforms as a tribute to veterans.

“Every couple of blocks, they are going to lead the crowd in the Pledge of Allegiance,” Wilson said.

Over at the high school on Thursday morning, the paint was drying on the football and the DT&I engine.

David Lawless, the auto tech teacher, said his students worked on the things for the parade to not only help out the elementary school but to learn.

“It gets the kids involved in the community, it shows them our past with DT&I and the Tanks, that’s what Ironton is built on,” he said. “And they get to be a part of that.”

The students also get to apply what they have learned to fabricate the engine and the period-correct football.

Wilson said that besides getting a hands-on experience, he hopes his students get a sense of local and American history.

“We’ve talked about some of this in the past,” he said. “Now they will get to show it off.”

The Ironton-Lawrence County Memorial Day parade begins at 10 a.m. on Monday. The theme this year is “Tribute To Patriotism.”