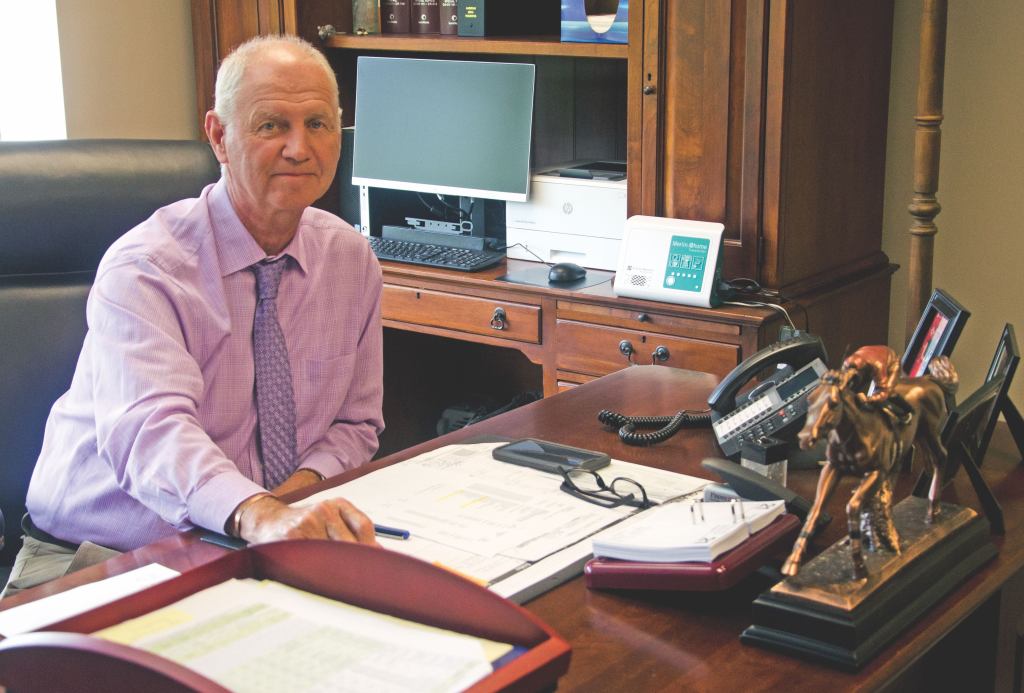 (The Tribune/Heath Harrison) Ironton Municipal Judge Kevin Waldo says his court is about to begin the accreditation process for the special docket drug court.

“That’s after submitting an application that was three inches thick,” Waldo said of the specialized docket that has been established in the city. “It was quite an undertaking.”

He said the Ohio Supreme Court will be sending representatives to Ironton in October to sit in on the court an observe.

“We have our drug court on Tuesdays,” he said. “They’ll observe our entire process, go over our dockets and will probably interview participants.”

He said it would take 90 days to get full accreditation.

“It lends credibility to our programs,” Waldo said, stating that this will help in securing additional grant funds. “It’s definitely an advantage to be fully accredited and certified.”

Waldo said “only a handful in Ohio have undertaken the effort” to get accreditation for their municipal drug courts.

“What is gratifying in this job is finding ways to combat the drug epidemic,” he said, stating getting accreditation was on of his goals when running for the position in 2017. “What we’re trying to do is put people on their feet so they can be productive members of society.”

He said the court has nine participants and that eight have graduated so far. Those involved are low-level offenders with no history of violence.

“They’re doing extremely well and have made great strides in getting jobs, and we’re putting families back together,” he said.

He said the drug court is important, as much of the criminal activity in the region is related to drug use. Waldo estimates it is 90 percent of cases in Ironton.

Waldo said the court has met every goal and has doubled its treatment focus.

He expects the accreditation process to be a success.

“Not only are we lessening criminal activity, we’re putting back together custody relationships — mothers, fathers, daughters and sons,” he said.

He said the court offers the option of faith-based programs for those seeking help.

“What we find is that people have a terribly difficult time handling things by themselves,” Waldo said, adding that they also use 12-step programs and work with many recovery groups in the area.

Waldo also pointed to other changes in the municipal court over the past year and a half, including the reduction in the probation list.

He said that probation officers Join Kincaid and Leann Wassell had dedicated themselves to the problem.

He said they have also been able to focus on collecting delinquent taxes, and have collected $65,000 to date in May.

“Nobody likes paying taxes, but if they live and work in Ironton, it’s the code,” he said.

Waldo said, while the court is not doing payment plans on the delinquent taxes, he is allowing people ample time to pay the outstanding amounts in full.