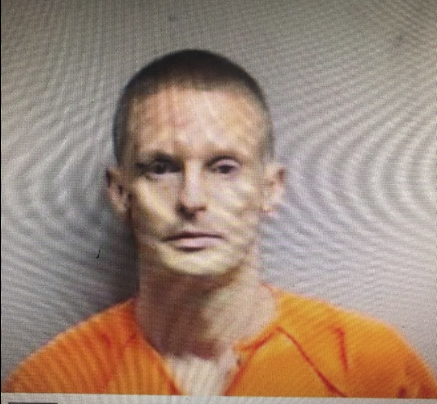 CHESAPEAKE — A man has been charged with murder after allegedly assaulting his housemate.

The case began after the Lawrence County Sheriff’s Office got a call at 1:08 a.m. about domestic violence at a house on Township Road 287 in Chesapeake.

When deputies arrived at the scene, they found 52-year-old James A. Baker Jr. unconscious in a bedroom and called for medical assistance.

Lawrence County EMS paramedics arrived to provide care but they were unable to revive Baker. Investigators from the Lawrence County Coroner’s Office declared Baker dead at the scene.

A witness told deputies that Baker and 43-year-old Kenneth J. Radimaker had been living together for the past several months and that the two had an argument that escalated into a physical fight with Radimaker assaulting Baker with his hands.

After an extensive search, Radimaker was found and arrested by deputies in a wooded area behind the residence around 3 a.m.

Sheriff Jeff Lawless said Radimaker was being interviewed on Wednesday and that a cause of the fight between the two men hadn’t been determined yet.

“It just has to be household members, it doesn’t have to be that they are related or romantically involved,” Lawless said. “The way the domestic violence law reads it can be anyone you live with.”

Lawless said they have had calls to the house previously.

“We have dealt with these gentlemen before,” he said. “We’ve been called to the house before and have had to arrest Baker on many occasions and he has been violent with our officers. But with Radimaker, I don’t know of any recent calls.”

In October 2016 in the Lawrence County Common Pleas Court of Judge Charles Cooper, Baker pleaded guilty to several felonies including intimidation, assault on a police officer, vandalism, attempted escape, resisting arrest and harassment by an inmate.  He was released from the Chillicothe Correctional Institute on Jan. 31, 2019.

Radimaker didn’t have any cases filed in Lawrence County.

Baker’s body has been sent to the Montgomery County Coroner’s Office for an autopsy and until Lawless gets the report, he couldn’t say what the cause of death was.

Lawless said the case is in its early stage and remains under investigation by detectives.

Ohio Bureau of Criminal Investigation crime scene technicians have been called to process the crime scene.