Cause of garage fire undetermined 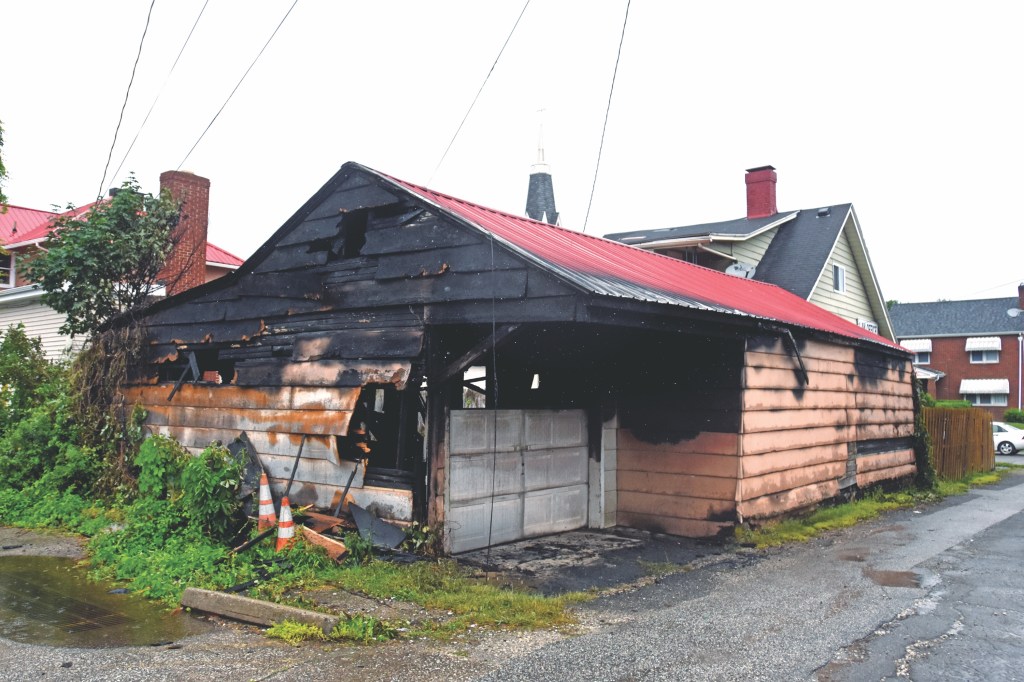 (The Tribune/Mark Shaffer) A morning fire gutted a garage at 520 Center St. in Ironton. The garage’s owner was burned trying to get his vehicle out.

A man was injured in an early morning garage fire in Ironton.

Around 9:09 a.m. on Thursday, the Ironton Fire Department got a call about a garage on fire at 520 Center Street.

The garage’s owner suffered burns to his face and arms when he got his car out of the garage.

“He’s a delivery man, so he had to have his car,” said IFD Captain Jeff Joseph. “His arms and face were burned but he was treated at a local hospital and released.”

The IFD got the structure fire out in short order and were back at the station by 10:45 a.m.

“That’s because we have a three-minute response time,” Joseph said.

He said they are still investigating the cause of the fire.

“It is undetermined at this time,” Joseph said. “But it looks to be an accident of some sort. It doesn’t appear to be malicious.”

The structure was a single-car garage with a workshop addition on it that is right next to the law office of attorney Philip J. Heald. Joseph said there was only smoke damage to the lawyer’s office.