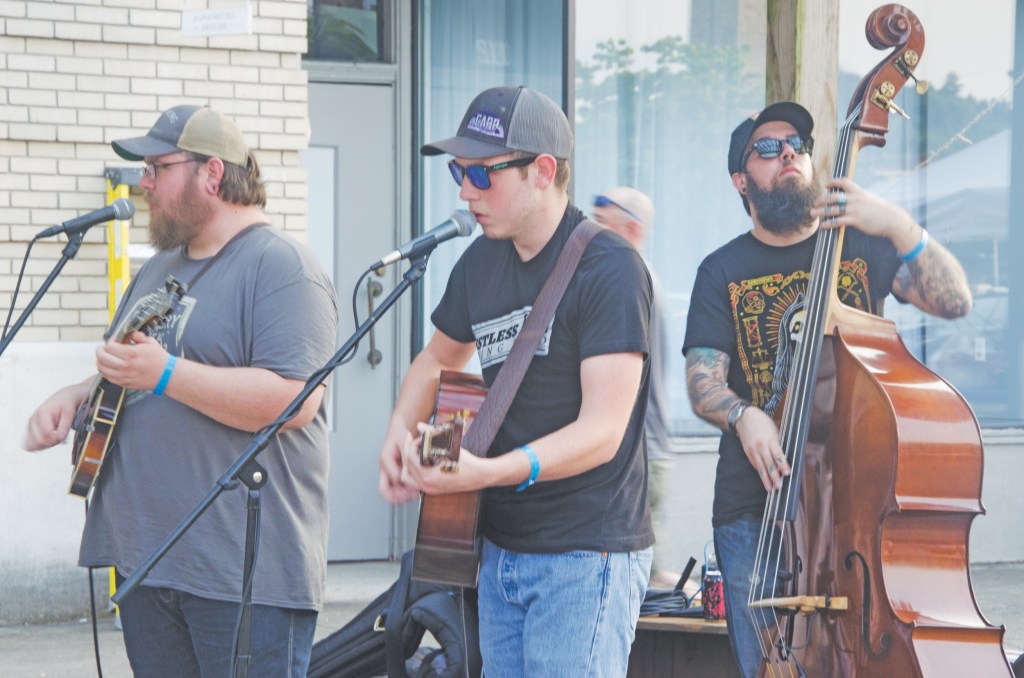 (The Tribune/Heath Harrison) The Coal Cave Hollow Boys perform at the fountain next to The Vault in Ironton on Saturday. The band is one of several appearing in the Ohio River Revival on June 29.

A concert at the downtown fountain on Saturday gave Ironton residents a preview of an upcoming string band festival set for the city’s riverfront.

The event featured The Coal Cave Hollow Boys from the Athens area, who will be playing the Ohio River Revival on June 29.

“This a collaboration between our store and Ohio River Revival,” Abby Kuehne, co-owner of The Vault, a consignment market located adjacent to the fountain, said. “We like what they’re doing and wanted to do something for them. And the space outside is amazing.”

The event drew a large crowd, including families and vendors who also offered food and beer.

The Ohio River Revival will take place on the Ironton Riverfront on June 29, from 11 a.m.-midnight and will feature 10 bands.

It is organized by Bob Delong, who has said he would like to creative a positive event to highlight the area’s music and arts, something he said is key to the region’s future.

The free event will feature a lineup including Town Mountain, a national touring band from Ashville, North Carolina, and Restless Leg String band from Lexington, Kentucky, and String Therapy of central Ohio. The rest of the line-up will be comprised of bands from around the Tri-State.

For more information on the festival, visit wwwohioriverrevival.org.