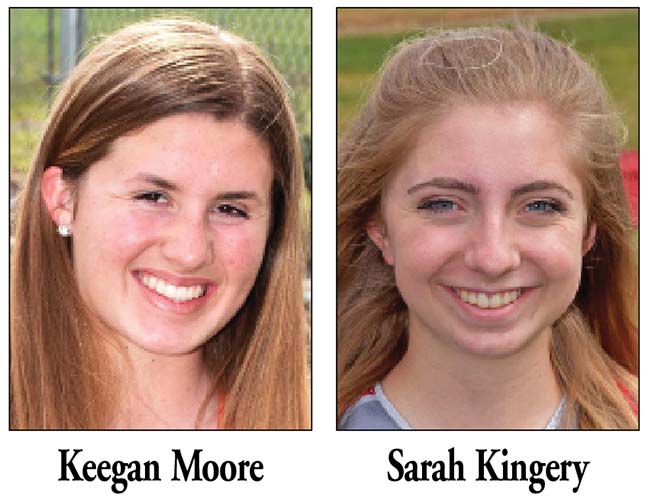 In the movie Talladega Nights, the character Ricky Bobby said, “If you’re not first, you’re last.”
That’s not really true when it comes to picking the coaches’ All-Ohio softball team. But fortunately for Ironton Lady Fighting Tigers’ Keegan Moore and Symmes Valley Lady Vikings’ Sarah Kingery, they don’t have to worry about that argument.
Both Moore and Kingery finished first as they were named to the All-Ohio first team.
Moore put up some impressive numbers in Division III during her rookie season.
She posted a 15-2 record as she started 15 of the 21 games she pitched. She also had two saves.
Moore struck out an amazing 213 batters in just 113.2 innings and walked only 18.
Moore had a microscopic .185 earned run average as she allowed just 15 runs and only three were earned.
Offensively, Moore batted .360 with two home runs, eight doubles, 20 runs batted in and a .523 slugging percentage.
Moore was named first team All-Ohio Valley Conference and all-district.
She was one of the key reasons the Lady Fighting Tigers posted a school record 26 wins in 28 games and reached the regional tournament for the first time in program history.
Kingery pitched for the Lady Vikings but did most of her damaged as a hitter.
The senior first baseman had a lofty .603 batting average with a home run, eight doubles, two triples, 13 walks, 24 runs batted in and 21 runs scored in 21 games.
She had a .675 on-base percentage and an .841 slugging percentage.
Kingery was named to the All-Southern Ohio Conference Division I first team and was voted the SOC Player of the Year.
Also, Kingery was named to the Southeast Ohio Softball Coaches’ All-District first team in Division IV.