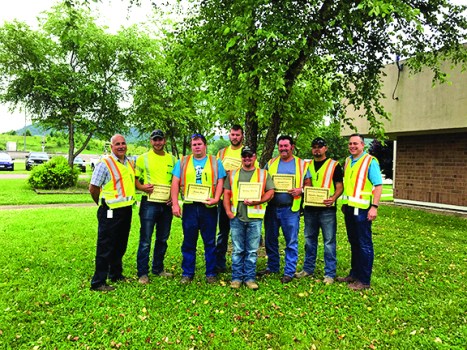 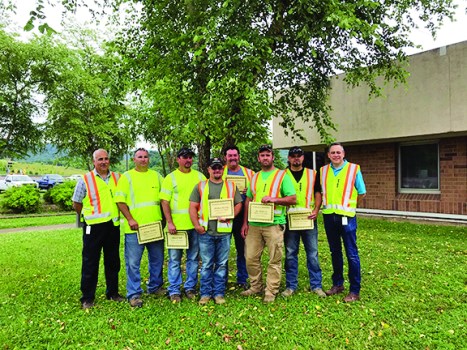 The Roadeo is held every spring in ODOT’s 12 districts to recognize and test the employees who operate some of the state’s heaviest equipment. Through a series of tests and a driving course of clearances, serpentines and stops, the Roadeo is a challenging competition that measures the skill level of participating highway technicians, mechanics and other CDL holders.

Rounding out the top six scorers in the truck competition were Edward Fulk and Brandon Shamhart of Scioto County; Joe Patterson of Lawrence County; and Jamey Sexton of Jackson County. In the loader division, the finalists included Shamhart, who came in third; Jason Dean of Highland County; Trenton Otworth, Scioto County; and Mike Beasley who placed fourth, fifth and sixth, respectively.

In addition to certificates and a complimentary lunch for all the finalists, Cox, Beasley and Holcomb received cash awards courtesy of the union, and they will now move forward to represent District 9 in ODOT’s statewide Director’s Cup Truck and Loader Roadeo to be held in late August at the Ohio Expo Center.