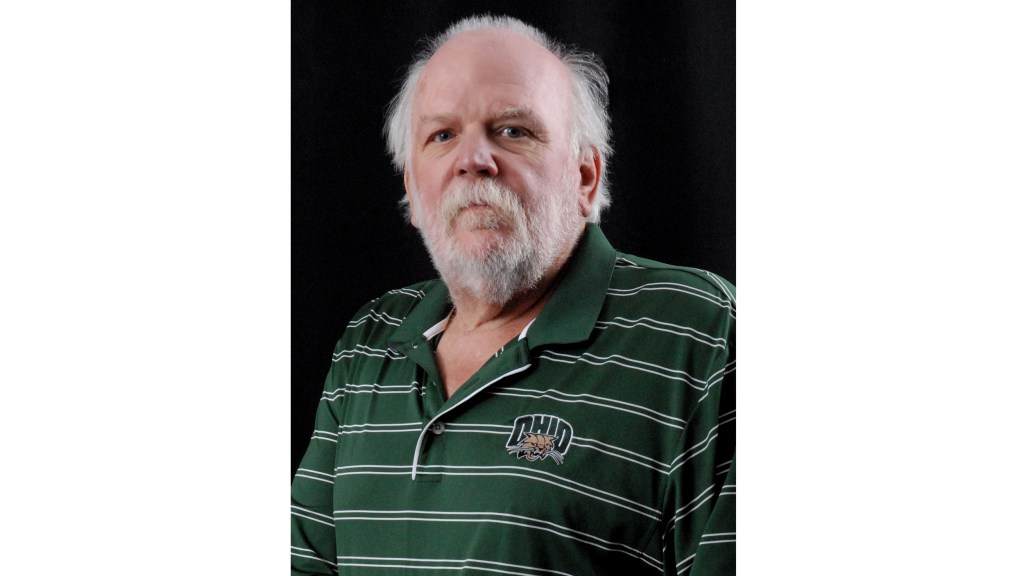 Community leader wrote weekend column on travel for The Tribune

Steve Call, a former Ohio University Southern professor who was deeply involved in his community and loved to share his interest in travel, died Thursday.

He taught coaching education and sports pedagogy at the school and had previously served as an assistant football coach at Baldwin-Wallace University in Berea and had coached high school football.

“Steve Call began working at Ohio University Southern in 1994 and was a dedicated faculty member for 24 years,” Nicole Pennington, dean of Ohio University Southern and interim executive dean of Ohio University Regional Higher Education, said. “He was committed to his students and always looked for ways to get them engaged in campus life. Steve loved to travel and often arranged for educational experiences outside of campus to give students various learning opportunities. Without a doubt, Steve left a positive impact on his students and he will be remembered fondly.”

Leith said that Call, from his work as a travel agent, was able to book hotels and arrange meals for students on these trips, something he had previously had to organize by himself.

“One time, we were in Williamsburg, and he arranged for the students to have an 18th century meal,” he said. “It was unbelievable food.”

Leith said, as part of the trip, they insisted that the students take part in a service project, such as painting fences at Gettysburg or cleaning up the battlefield at Shiloh.

“We received a letter from the Department of the Interior thanking us,” Leith said of the work, which Call took part in with the students.

Leith said Call was “an unbelievable help” in these trips, which took students all over the U.S. east of the Mississippi, from Boston to New Orleans.

He said Call was also one of the first to teach online courses and students from all parts of Ohio.

“It was very popular,” Leith said.

“He was a blessing to Ohio University Southern and I’m so glad he was here,” he said.

Call was involved in a number of civic activities around Ironton, as a member of the Elks, the Kiwanis Club, Ironton In Bloom, Ironton aLive and the Greater Lawrence County Area Convention and Visitors Bureau.

Fred Jones, secretary for the Elks, said Call was a reliable person for the Ironton lodge, where he was head of their scholarship committee and handled its publicity.

“If you needed something and gave him a task, he got it done,” Jones said. “He was a great guy and well liked. He’ll really be missed.”

A native of northeast Ohio, Call was an Ashland High School graduate and former Lorain resident. He was a fan of the Cleveland Browns, he organized Browns Backers at the Elks Lodge and had led the Elks to donate to local sports teams, such as Ironton Youth Football, and to law enforcement departments around the area.

Call was an avid traveler and enjoyed speaking on the subject, having traveled to every continent, except Australia and Antarctica, on his trips.

He owned Calls Travel, LLC in Ironton and was a certified travel consultant and accredited cruise counselor.

Call said he had traveled to every continent, except Australia and Antarctica on his trips.

For more than a decade, Call wrote a column for the Weekend Edition of The Tribune, focusing on travel, both locally and nationally.

He would provide readers with a rundown of attractions within the area that could be suitable for day trips and short vacations, as well as advice on planning larger vacations.

Service arrangements for Call are pending.