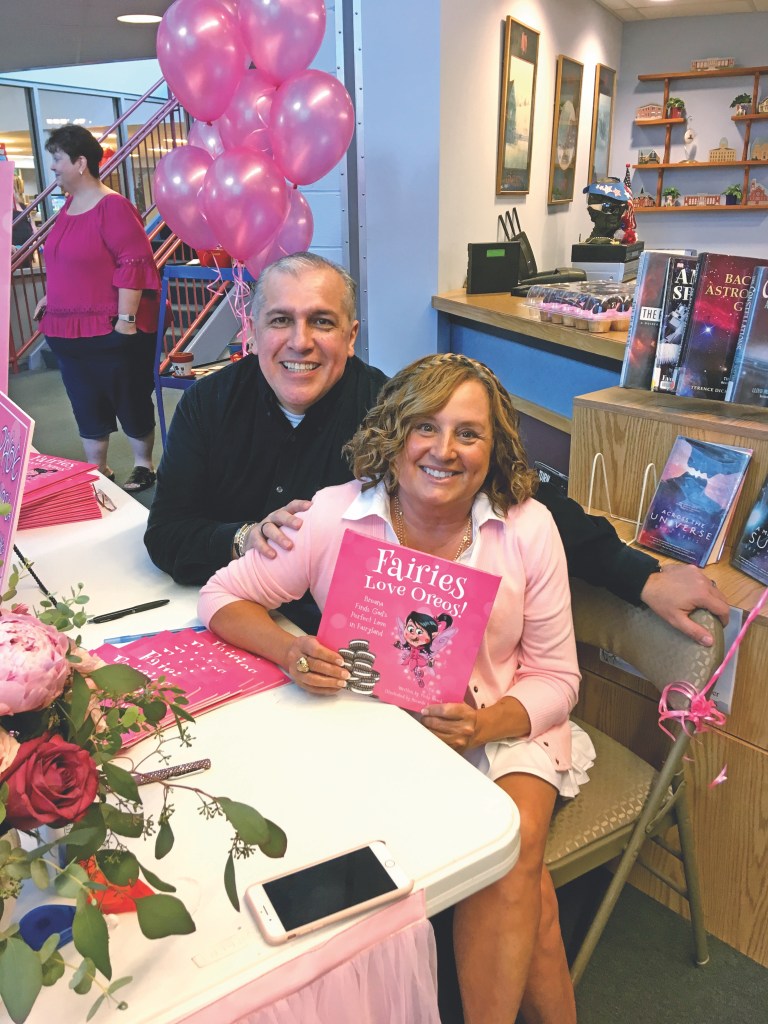 Visitors entering the front door of the Briggs Lawrence County Public library on Tuesday were greeted by fairies, flowers and a sea of pink, setting the stage for a special event that afternoon.

Local author Vicki Roach, along with illustrator Ricardo Ramirez Gallo, were on hand to sign copies of their book, “Fairies Love Oreos!”

The event drew a large crowd, with many waiting in line well into the event.

“People started lining up a half hour before,” Kelli Lutz, Roach’s assistant said.

Both Roach and Gallo live in Lawrence County.

The book, self-published through Proving Press, is based on a story involving her daughter Breana.

Lutz said it is the first of planned series, which will be based on Roach’s other daughters, as well as her sons.

Lutz said this is the first signing for the book, with more planned.

Roach and Gallo will be at KidsFest at the Highlands Museum and Ashland on July 13, and they are planning an event at the Cabell County Library, where Breana works. Another event is being worked out for the Ironton area as well.