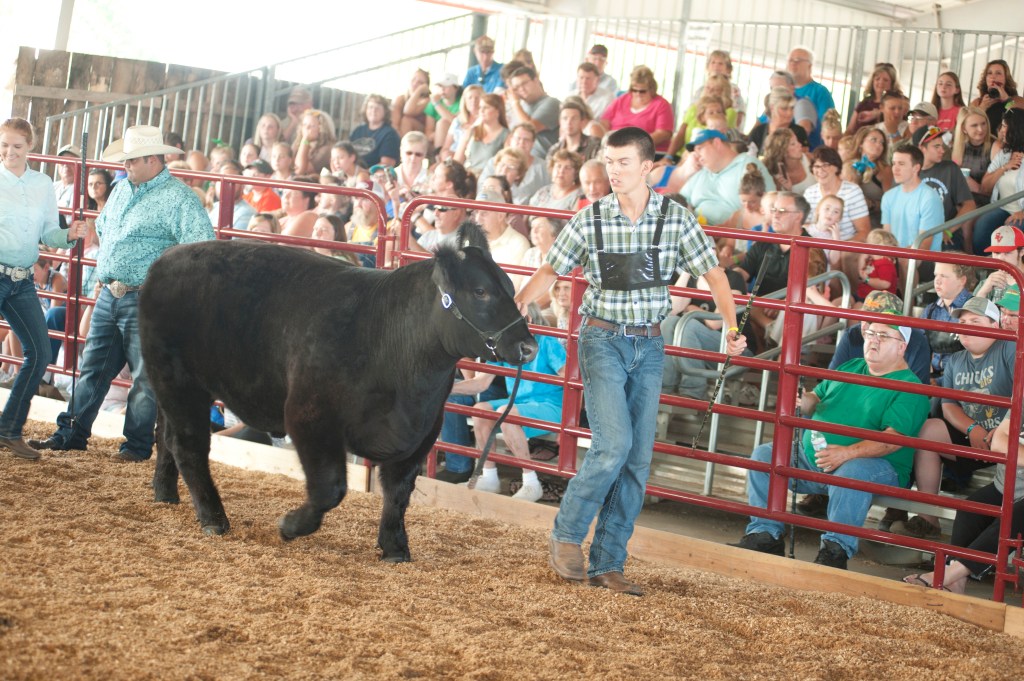 ROME TOWNSHIP — The Lawrence County Fair is set to kick off on Sunday, July 7, and members of the Junior Fair Board are seeking backers for the 4-H and FFA auction that closes out the fair each year.

The auction, which takes place in two installments for large and small animals, allows the young farmers to earn a profit from their hard work, with all proceeds going back to the members.

Several members of the Junior Fair Board stopped by The Tribune on Wednesday to make the pitch.

“It’s very important for us,” Uriah Cade said. “Since this is my last year, all my sale profits will go toward college. In past years, I’ve always put them toward the next year’s project.”

The fair has 498 participants from 4-H and FFA and about half of those take part in the sale, the Junior Fair Board members said.

Cade said sales in Lawrence County have been down the last few years and they are hoping to turn that around.

“It helps us to buy cars, to start our businesses up,” she said. “It’s not just about getting money.”

Cade said if a business contributes, it is a boost to the local economy.

“If they support us, it’s putting money into Lawrence County,” he said.

Carsyn Ball said it is also a great way for the businesses to promote themselves.

“It puts their name out there,” she said.

Klaiber said contributors have received a placard as a thank you for that support.

The auction is not just in need of buyers, but bidders as well, Cade said.

“Even if they don’t buy, if they bid it up, it helps,” Klaiber said.

“I know if a business donates to us, we go back to them,” she said.

“We’ll come support you if you support us,” Klaiber said.

For those who want to help and offer financial support during the auction, Brea Belville said all they need to do is “just show up.”

Ball also added that simply attending the fair is also a boost 4-H and FFA, due to funds raised from admission.

The Junior Fair Board also hosts its own event earlier in the week, the Sweet Tooth Auction, in which desserts are sold to raise money for the group.

And Klaiber said donations are also accepted outside the auction and said those who would like to contribute can contact 4-H extension educator Rachel Fraley at 740-533-4322 and fraley.171@osu.edu.