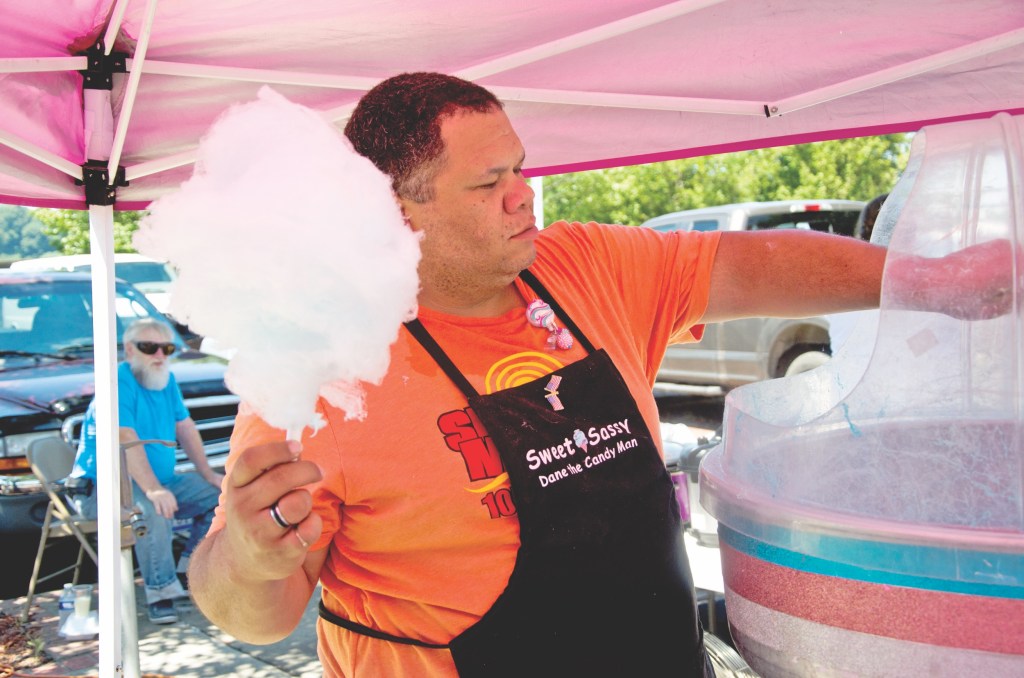 Dan Thomas serves up cotton candy at Kelly’s Sweet and Sassy Treats booth at taste of Ironton on Saturday. (The Tribune|Heath Harrison)

Organizers of the Taste of Ironton festival said Saturday’s attendance was up from the previous year.

She said 11 vendors were set up representing restaurants and food businesses around the city.

“It shows our food offerings downtown and it highlights everything Ironton has,” she said of the event, which took place at Depot Square.

She said there were several new additions to the lineup, including Balefire Blend, who offered Chai Tea; The Vault Market, which offered vegan selections; and Sister’s KreationZ, a bakery on South Third Street.

She said Cyndi’s Dance Studio was also set up, selling raffle tickets to pay for a trip to Nashville this summer.

Not all of the vendors represented physical locations.

“Everyone loves cotton candy,” she said of the treat, prepared by her assistant Dan Thomas.

She said she used to have a shop at the KYOVA Mall, but now mainly worked festivals and vacation Bible schools and other events, as well as at the Tea Party Treats and Sweets cottage, owned by Vicki Roach, who Lutz also represents as an author.

Gillenwater said she hopes the event will continue to grow.

“We plan to open it up to businesses outside of Ironton,” she said of future plans. Proceeds for the festival go toward future Ironton aLive events.