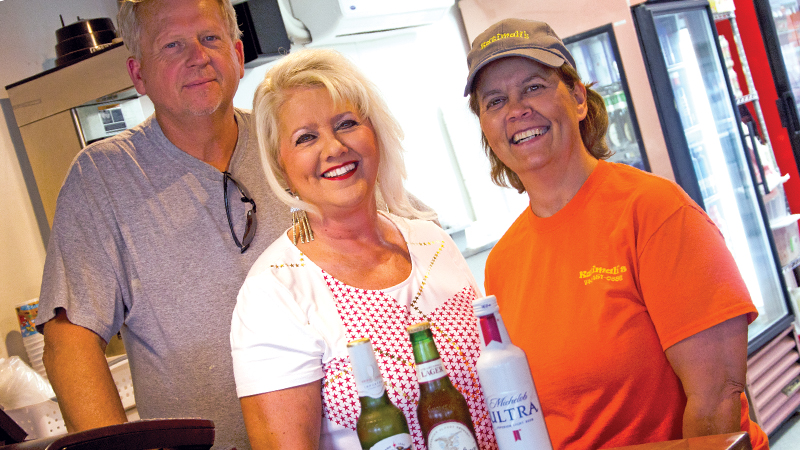 PROCTORVILLE — Katimali’s began alcohol sales on Thursday and the Proctorville restaurant has a third anniversary celebration scheduled for Saturday.

Owners Jim and Kathy Lundy received permission for alcohol sales in a vote on the November 2018 ballot.

He said the last establishments to serve alcohol were The Parrot Club and The Plantation, which were shut down, along with The Continental in Chesapeake, by the state of Ohio in 1949.

“We are thankful for the village’s support and the mayor has been supportive,” he said.

There is a two-drink limit on alcohol and drinks must be ordered with food, he said.

The staff has also been trained on the sales, which include beer, wine and mixed and frozen drinks.

In other changes, the location recently expanded its indoor dining area, which now seats 50 people, and they are planning the addition of a 16 x 34 foot banquet room in coming months.

The restaurant will also be open later than usual during the week of the Lawrence County fair, closing at 11 p.m., and Jim said anyone who brings a fair pass can get 15 percent off the price of food.

He said Proctorville residents can also get the same discount at any time by showing a copy of their water bill.

Katimali’s marked three years in business on July 1 and, on Saturday, they will be hosting a celebration all day from 4-10 p.m.

Katimali’s is located at 97 State St. in Proctorville and is open from 4-9 p.m. Tuesday through Thursday and 4-10 p.m. Friday and Saturday.