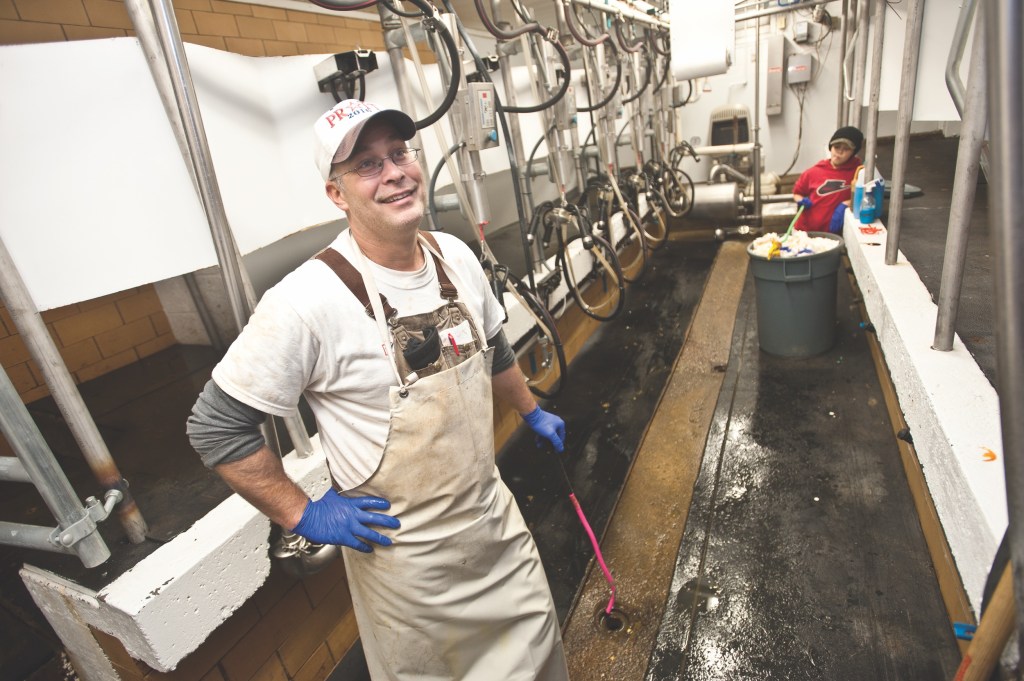 This year’s Lawrence County Fair is dedicated to Bill Pratt, the commission president and Chesapeake dairy farmer who died in December 2018. (The Tribune|Jessica St. James)

ROME TOWNSHIP — The Lawrence County Fair hosted its opening ceremony on Sunday and organizers took the time to honor three associated with the fair who died in the last year.

Fair Board president Randy Lambert said the week’s events were dedicated to the memory of Lawrence County Commission President Bill Pratt, who died in December.

Pratt, a Chesapeake dairy farmer, was heavily involved with the fair, with his final contribution being as a judge for the diary cattle competition, which made a return to the fair last year.

Pratt’s successor as commission president, Freddie Hayes Jr., said he had “lost not just a colleague, but a friend.”

Fair organizers also paid tribute to two others associated with the event who recently passed.

Chuck Roche was a longtime worker at the fair, handling sanitation truck duties for the grounds each year.

“He just was a super guy,” Lambert said of him.

The family of Brandon Craft was called to the ring for a tribute.

Craft, of Willow Wood, died two weeks ago at the age of 22. He was a 2016 graduate of Symmes Valley High School and Collins Career Technical Center.

A member of Arabia All Stars 4-H Club and a fair family, he was a presence at the event each year and a frequent winner.

“He was one of my favorite kids,” Hayes said. “I thought a lot of him.”

Two events at the fair were planned to honor Craft. A 50/50 drawing took place Saturday to raise funds for the family, while a concert was held Sunday night in his honor.

Lambert summed up the 4-H experience for children and teens, which is the centerpiece of events.

“You’ll make friendships that last forever,” he said. “It’s for a lifetime.”

“Bill was a big part in getting this barn built,” Hayes said of the main building where the ceremony took place.

“We appreciate everything Bill did,” he said. “And we just want to recognize the family.”