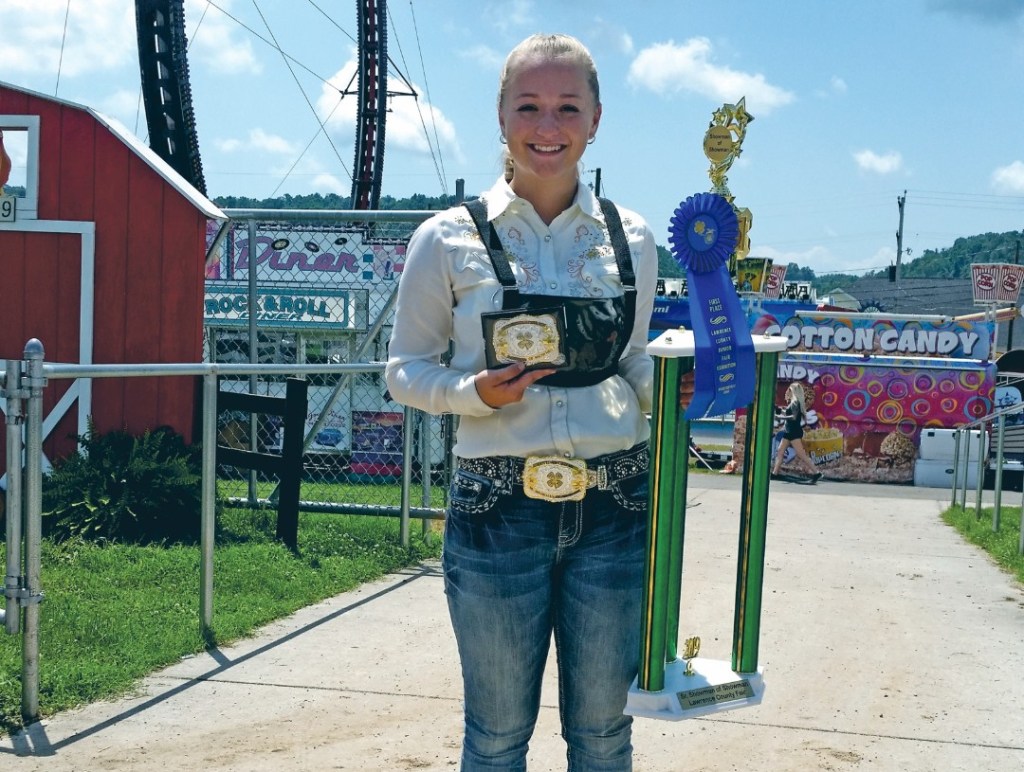 ROME TOWNSHIP — Showman of Showmen is one of the harder 4-H competitions. First, the participants have to win the senior Showman trophy when they show their animal. Then, for the Showman of Showmen competition, they have to show a hog, a lamb, a goat, a steer, a rabbit and a chicken and they don’t get to use their animal, so they are dealing with an animal that they aren’t familiar with and isn’t used to them. Then they have to answer the judge’s question about each animal.

But all the entrants in Friday’s show kept a brave face, even when a steer wouldn’t cooperate or the chicken tired of being handled and decided to flap around the table rather than just sit there calmly. They just smiled and maintained eye contact with the judge.

The 4-Hers answered questions from judge Sara Kleon from Pickaway County to the best of their ability. The retired 4-H Youth Educator quizzed each senior showman on the particular animal and the Showman was required to know the answer.

Each Showman was given a number, from 1 to 7, with 1 being the highest, for each animal they showed. Then at the end of the competition, the numbers were added up and the person with the lowest number was declared the Showman of Showmen.

And this year, that person was Kara Saunders, with Starlight 4-H Club, who won Showman in market hogs.

She said that showing all the different animals presented a challenge.

“I have shown lambs before, I took those my first three years in 4-H. It is very different, showing the different species but I loved showing all of them,” Saunders said, adding that for her, the small animals were the most difficult. “Where I take large animals, it is very different. Especially the chicken.”

She said she was very surprised to win “because there are a lot of very good showman here that I’ve shown against for years. This is my last year and I knew that all the people I was competing against are phenomenal with their species.”

She said she was hoping to win, but was definitely surprised to hear her name called as the winner.

“Honestly, I didn’t feel I did very well with the small animals. Again, everybody I showed with are awesome showmen,” Saunders said.

The second place winner for Showman of Showmen was Garrett Daniels and the third place award went to Karsyn Ball.