Students get Day in the Ring: Group learns about showing animals 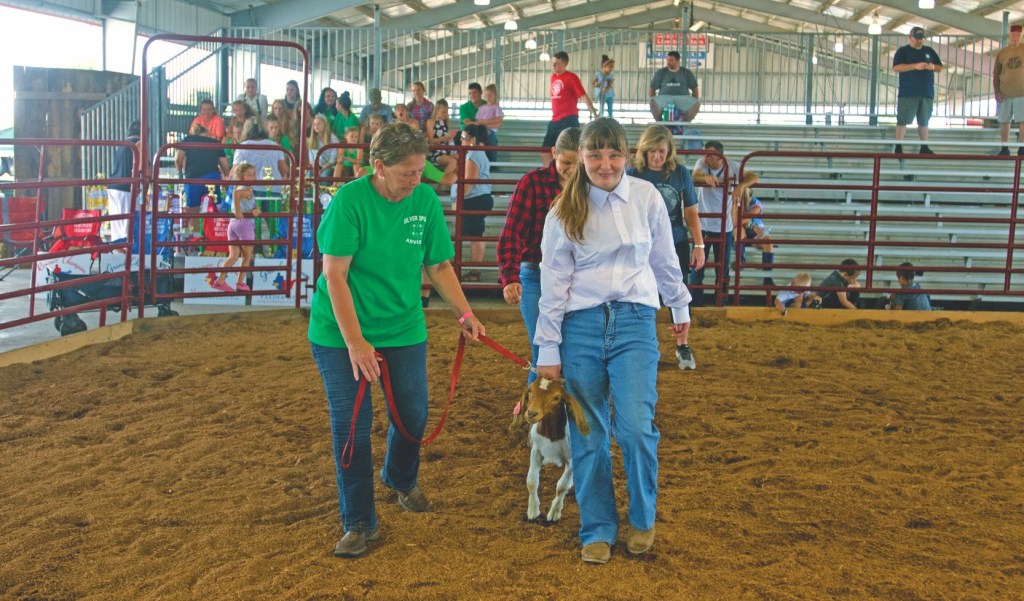 ROME TOWNSHIP — After the Showman of Showmen competition on Friday morning, another group took to the show ring at the Lawrence County Fair.

They weren’t there to show, but to learn.

Alexandria Fannin, a sixth grader at Rock Hill and a member of the Silver Spurs 4-H club, and Ethan Rowan, an 11th grader at Open Door School, were there to find out how to show animals and how to answer the questions that might be posed by a judge with assistance from various 4-H advisors.

Lisa Menshouse, a 4-H committee member, explained that the experience was called Day in the Ring. The committee sent letters to local schools and asked if there were any students with disabilities that might be interested in learning how to show animals.

“It was for kids that may not be sure if they want to take a 4-H animal or project to the fair or may not have the space to raise an animal or maybe the family isn’t sure about it,” she said. Kids who exhibit animals have about an hour to advise the students on how to show the animals and explain what they do.

The students got to pick what animal they would work with. Fannin picked a goat.

“She’s got a pet goat at her cousin’s house,” explained her mother, Renee Fannin. “She was excited about doing this and a little bit nervous.”

Besides the goat, Fannin also has two pet rabbits and some cats and dogs.

Michelle Corder, a Silver Spurs advisor, said that Day in the Ring is a good event for kids who normally might not get a chance to do show animals at the fair and learn what it takes.

“Alex is interested in doing a goat project next year and we are trying to get a step up on that,” she said, adding that it isn’t necessarily hard to do. “But it is a lot of work, it’s a lot of practice, it is a lot of hours put in with the animal so you can handle it properly.”

“He just thought this would be an interesting thing to do,” said his grandmother, Linda Rowan. “He’s not really an animal lover, but he thought he’d like to try. I think he might end up joining 4-H though.”

Menshouse said this was the first year for Day in the Ring and they hope to hold more of them in the future with more participants.