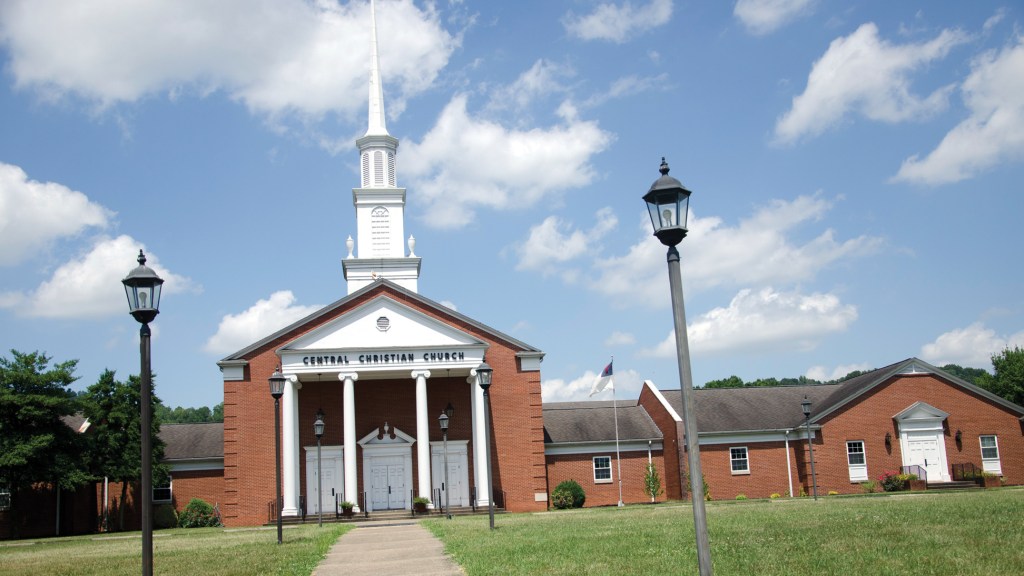 Christian Day Care Center, Inc. was told it will no longer be a tenant at Central Christian Church as of Aug. 16. (The Tribune|Heath Harrison)

It was announced on Wednesday that Christian Day Care Center, Inc. would no longer be a tenant in Central Christian Church, and families are expressing concern that the move is coming on too short of notice.

Employees of the day care and families of children who attend it received a letter on Wednesday signed by “The Leadership of Central Christian Church,” who has rented the use of part of their building to the day care center.

“At the inception of the day care, the leadership here at Central knew there would have to be a great spirit of cooperation for both it and our Sunday School Program to thrive,” the letter read. “This worked almost seamlessly for many years. Over the past several years, as our Children’s program has shown a great potential to grow, we find it being hindered greatly by the availability to use ‘our own’ facilities.

Whether this is the fault of the management of the daycare or the State really isn’t relevant. The leadership of Central Christian feels if we wholeheartedly want to serve The Lord, we need to make full use of our Children’s Wing available to the ministry that is being effective for its use.”

The letter stated that, as of Aug. 16, the day care would no longer be a tenant at the church.

“It will be the decision of Christian Day Care, whether it is a viable option to seek alternative facilities, to continue the daycare’s operation,” the letter stated.

Mandy Carte, whose son attends the day care, said she was unsure what she would do.

“That’s the first day of school,” she said of the date. “30 days is unreasonable.”

She said she has been told by day care staff that they are looking for an alternate facility, but she understands there will be a process to get such a thing set up.

She said her son has attended for 2 ½ years and that she has spoken to other facilities and has encountered waiting lists.

She said about 80 children from more than 50 families attend the day care, which has been around for more than four decades.

“I remember it from when I was a kid,” she said.

Carte said she is also concerned about the fate of the employees of the day care, who will have to deal with a possible closure. She said they have served the needs of the community for years.

“It’s just very devastating to the community the day care has served for over 40 years,” she said. “And to give 30 days is unrealistic. It’s really terrible.”

Samantha Meyers said she has three children who have been attending the day care for a little over a year.

“This affects a lot of families and I don’t think they realize it,” she said.

She said she has also run into the issue of waiting lists in trying to locate a new facility for her children to attend.

“If I can’t find somewhere for my kids to go, I could lose my job,” she said. “I don’t have any help. That’s why they’re in day care. It’s too short of notice.”

Both Carte and Meyers said they have tried to contact the church, but have been unsuccessful.

“I’d like to have a meeting,” Myers said. “Less than a month is not enough time. If they do have to close, they should give us more time.”

She said she needs more time to consider an alternative.

“I can’t trust just anybody with my children,” she said.

She said it was also too short of notice for the employees.

“They have to find a job in less than a month,” she said. “And some of them have children who attend the day care.”

Attempts by The Tribune to contact church leadership were unsuccessful.