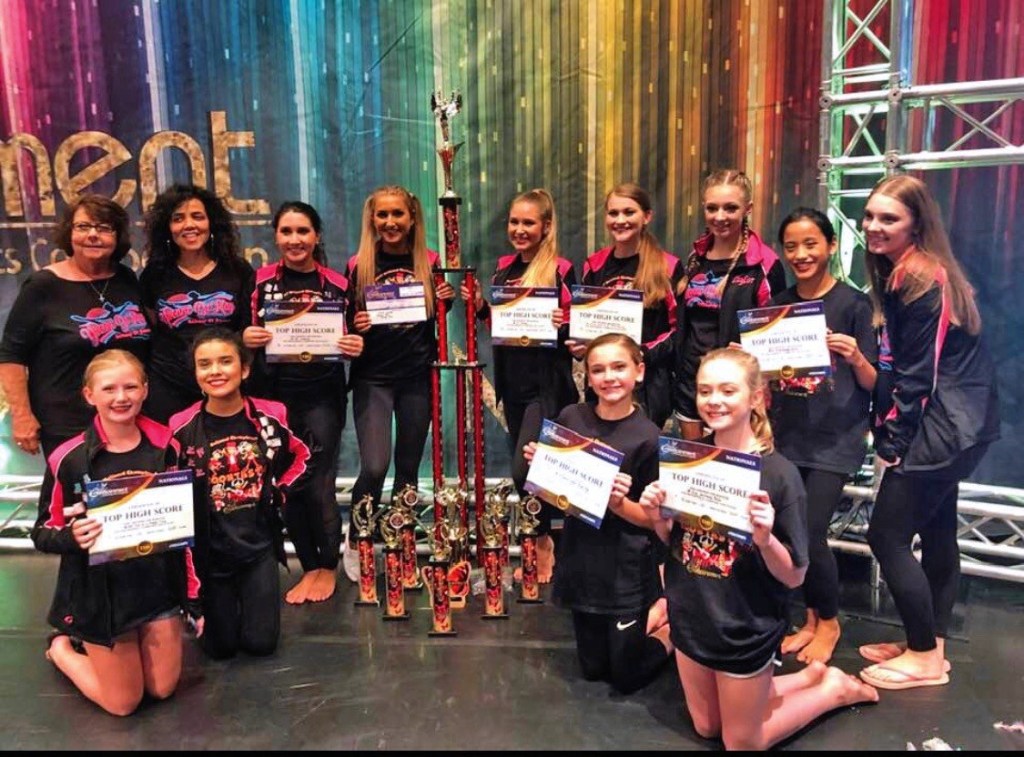 A dance team, comprised of members of the Yvonne DeKay School of Dance, won first place in several divisions of a national competition in June.

The team traveled to Sandusky on June 29 to compete in the “That’s Entertainment” 2019 National Dance Competition.

They received several first-place awards in their separate age divisions and categories.

“This is the first time in my 54 years of teaching that this has happened,” Yvonne Sinnott, owner of the school, said.

She added that, best of, all every solo and team routine placed in the top 10 overall in the Junior (0-12 years old) and Senior (13 years and above age) divisions while performing routines of tap, jazz, lyrical, contemporary and modern subjects.

A top score, overall “Grand Champion” and special award “Bound for Big Things” were awarded for the production routine, “Ready for a Miracle,” made up of students ages 11-18 performing classical jazz style.