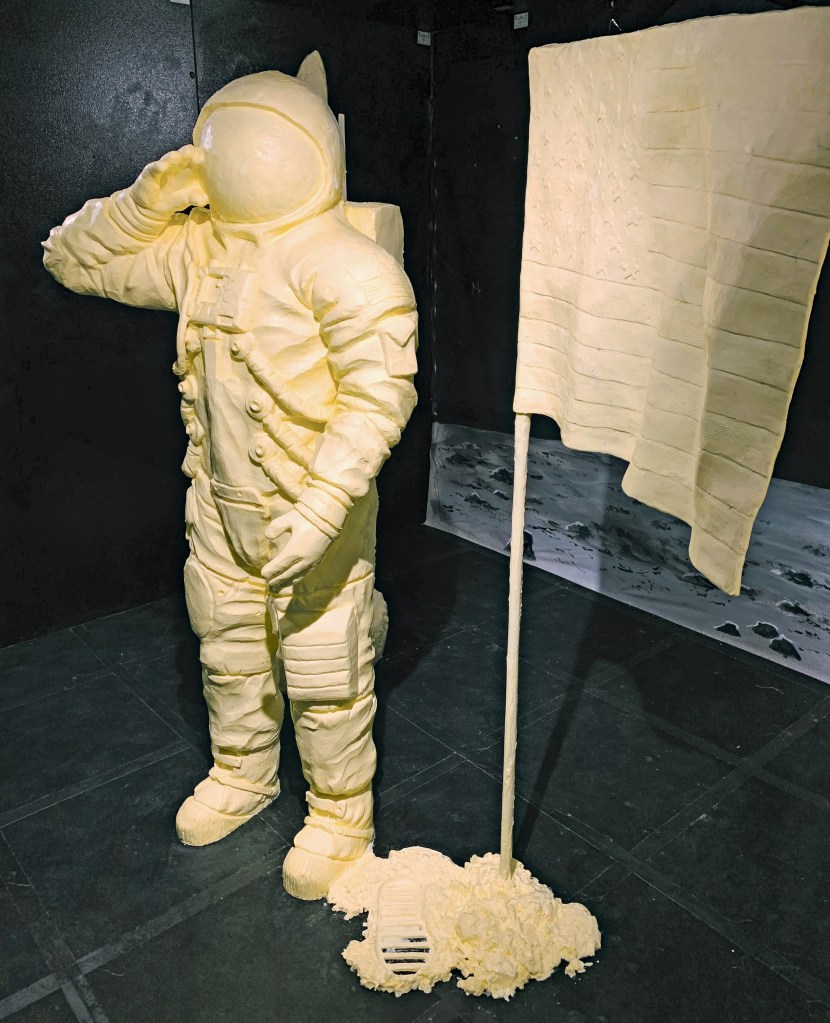 The moment Ohio native Neil Armstrong saluted the flag after planting it on the surface of the moon is commemorated in butter at the Ohio State Fair 50 years after the Apollo 11 mission. (Submitted | American Dairy Association)

COLUMBUS – Fifty years after the first moon landing, this iconic moment in American history is being honored in this year’s butter display at the Ohio State Fair. The sculptures are made from more than 2,200 pounds of butter, capturing the most memorable moments from the July 1969 Apollo 11 mission to the moon.

“Those who remember the moon landing often recall exactly where they were and how they felt, and the 50th anniversary is the perfect time to pay tribute to this amazing event and share that excitement with a new generation,” said Jenny Hubble, senior vice president of communications for the American Dairy Association Mideast. “Ohio also has a special connection to that day, as one of our own took the first-ever steps on the surface of the moon.”

The butter display includes a life-size sculpture of Neil Armstrong, a native of Wapakoneta, standing next to the lunar module Eagle and saluting the American flag after planting it on the moon’s surface. The 2019 display also includes a butter sculpture of the entire spacecraft crew: Neil Armstrong, Buzz Aldrin and Michael Collins and, of course, the traditional butter cow and calf.

The annual butter display is presented at the Ohio State Fair by the American Dairy Association Mideast, and the theme is one of the best kept secrets leading up to the fair. This year’s out-of-this-world display is expected to attract more than 500,000 fairgoers to the Dairy Products Building.