One hospitalized after accident with car and train 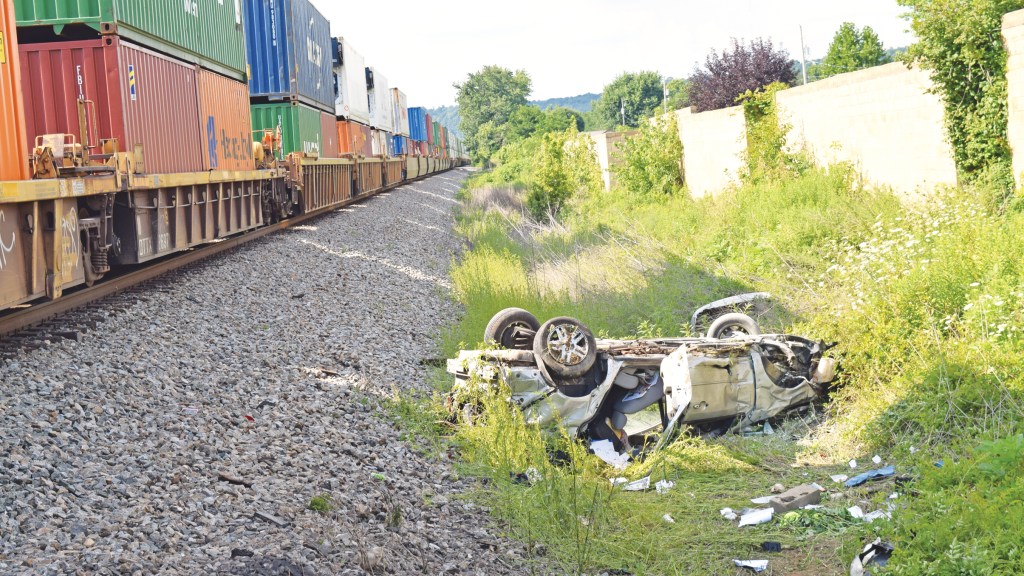 One person was taken to the hospital after a car and train collided on Thursday afternoon. (Heath Harrison | The Tribune)

One person was taken to the hospital after a car and train collided on Thursday afternoon.

A Chevrolet Cobalt attempted to cross the tracks on Randall Street when it was struck by a freight train.

Law enforcement on the scene said one male from the car was taken to the hospital by Lawrence County EMS, while the other declined treatment.

The car was flipped and lying alongside the tracks.

Specific details of the crash, which took place after 4 p.m., were not available while it was under investigation.