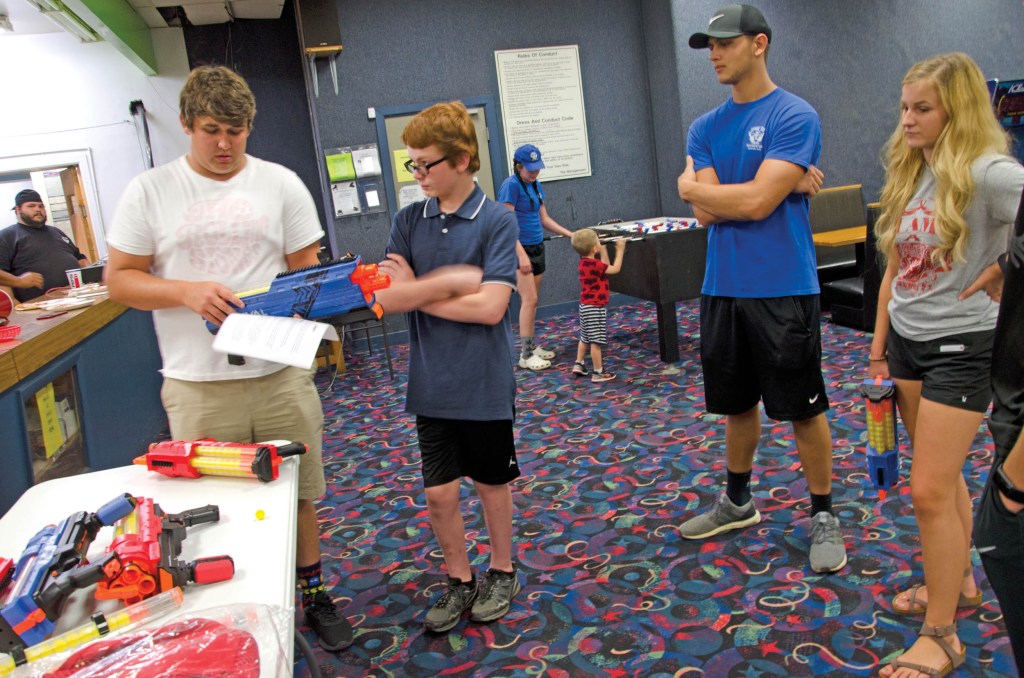 Hunter Humphreys, left, employees and student volunteers prepare for a game in the new Nerf Arena at Spare Time Recreation on Thursday. (Heath Harrison | The Tribune) 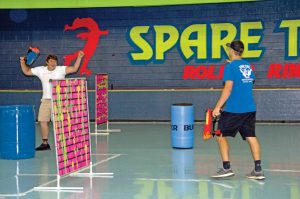 Hunter Humphreys, left, leads employees and others in a game in the Nerf Arena at Spare Time Recreation on Thursday. (Heath Harrison | The Tribune)

Visitors to Spare Time Recreation got their first chance to try the facility’s new Nerf Area on Thursday.

Set up in the skating rink of the recreation establishment, the area was put together by several students from Ironton High School, owner Mark Lafon said.

“We partnered with Mark to do this,” Hunter Humphreys, one of the students, said.

He said that, a few months ago, he and several students took part in putting together a schoolwide Nerf event and that Lafon had asked them if they had any ideas for Spare Time.

Humphreys said the arena, which is set up with multiple barriers, can be used for multiple games, such as Capture the Flag and team elimination.

“The feedback has been phenomenal,” he said, after they announced the area’s opening on Facebook. “We had 200 shares in 24 hours.”

He said he and fellow students and Spare Time employees had set things up and tested them in preparation for Thursday, when it hosted the first open play.

Lafon said the arena can be booked for parties and is available for open play each Thursday.