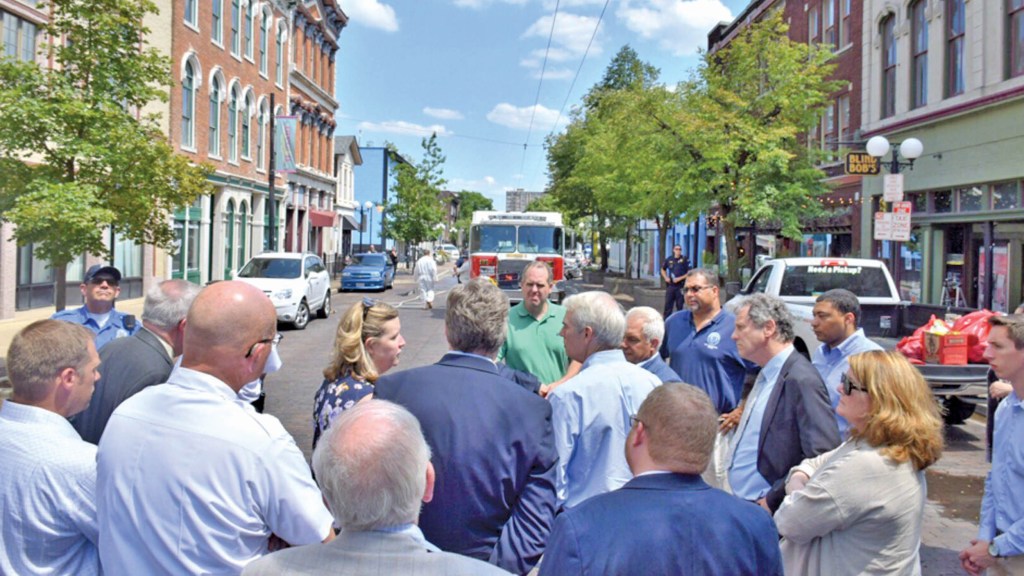 Ohio’s delegation to Congress reacted Sunday to news of two mass shootings over the weekend, with the second taking place in Ohio.

On Saturday, police in El Paso, Texas arrested suspect Patrick Crusius after a shooting in a Walmart store that left 20 dead and 26 injured. On early Sunday, 10 people were killed, including perpetrator Connor Betts, 24, and 27 were injured in a shooting at Ned Peppers Bar in Dayton.

As the nation was waking up to the news of the second shooting, U.S. Sen. Sherrod Brown, D-Ohio, was invited to speak on the events on CBS News’ face the Nation on Sunday.

Brown said he had spoken with Dayton Mayor Nan Whaley earlier and that she had received support from mayors across the country.

“We know what to do,” Brown said. “We know that background checks worked. We know that a ban on assault weapons worked. It was bipartisan and it expired and we haven’t renewed it. Those are the first two things we should do and, in that sense, it could finally put the country on the right path on gun violence.”

Brown was traveling from his home in Cleveland to Dayton to meet with Whaley later in the day.

U.S. Sen. Rob Portman joined Brown and other officials in Dayton, where he said they thanked first responders and were briefed on the situation by the FBI.

“I went to bed with a heavy heart because of El Paso and woke up to the tragic news from Dayton,” Portman wrote on Twitter. “These senseless acts of violence must stop. While we are still learning more about the details of this tragedy in Montgomery County, we are praying for the victims and their families, and thank the officers who responded so quickly and bravely. I am talking to local leaders and law enforcement officials this morning. First and foremost, let’s get all the facts and help the community heal.”

Johnson, like Brown, praised Dayton police for swiftly stopping Betts from carrying out a larger attack.

Johnson called for a greater focus on mental health issues.

“America needs to focus on our mental health system and look at its shortcomings,” he said. “This must be addressed – I sincerely hope everyone can agree on that.”

Johnson said it would take “all of us” to curb the violence.

“America is the greatest country in the world, and Ohio is the greatest state,” Johnson said. “But, the tragic shooting in Dayton tells us we are not immune from evil people doing evil things. This is clearly an act of domestic terrorism, designed to frighten Americans and cause us to lose confidence in the values and freedoms we treasure. But it’s also another clear illustration that we have a serious mental health issue in America. How else could a person indiscriminately kill innocent people?”