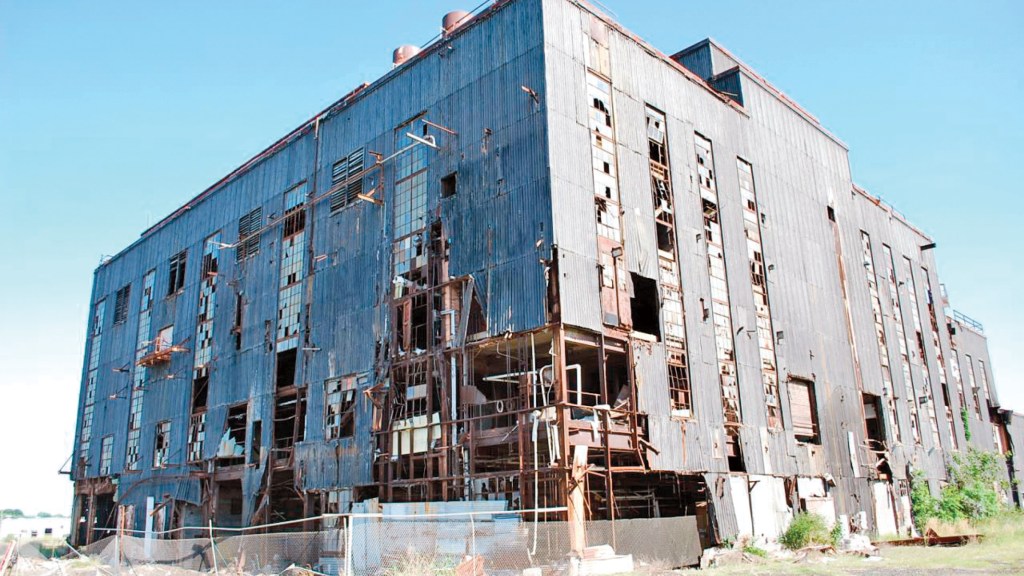 The U.S. EPA will spend the next five months cleaning up asbestos left at South Point Biomass powerhouse after the company removed the material from around pipes when they were removed for scrap metal. (Submitted|The U.S. EPA)

SOUTH POINT — A plant that was meant for renewable energy to Lawrence County is now the site of an EPA clean up.

South Point Biomass bought the former South Point Ethanol powerhouse in 1999. The company wanted to use the seven dormant coal burning boilers, and 80 acres of land as part of an effort to convert it into a power plant that would generate 200 megawatts of electricity using wood waste and tobacco waste materials.

But that project fell through, with its owners blaming the economic crisis of 2008 and other factors. The company cut out pipes for scrap metal and didn’t follow proper asbestos abatement procedures. The owner, Mark Harris, of the Biomass was in federal court and pleaded guilty to not having the asbestos properly cleaned up.

In February, an EPA and Superfund Technical Assessment and Response Team did a site assessment and found that many samples of the building’s interior and exterior tested positive for asbestos, as did a nearby pond.

On Monday, the U.S. EPA said it expects that it will take five months to remove asbestos, drums and cylinders from the powerhouse, asbestos piles and contaminated soil from the site around the old powerhouse after the company took out pipes and old equipment for its scrap metal value and left the asbestos on the ground in 2008. According to court documents, there is nearly 224,000 square feet of materials containing asbestos.

In January, Harris, 59, of Versailles, Kentucky, pleaded guilty in U.S. District Court in Cincinnati to one count of violating the Clean Air Act for failure to remove the asbestos from the site. The case has been set for sentencing on Sept. 3. The parties involved have recommended two days in prison, 58 days of house arrest and 200 hours of community service as a sentence in this case.

According to a press release from the United States Attorney’s Office, “Beginning in 2011 through October 2013, Harris and others removed approximately two and a half million pounds of metal from the facility and sold it as scrap. Harris knew significant portions of the metal removed were covered in asbestos.

He directed others to help him cut through the asbestos labeling on several pipes in order to obtain the scrap metal underneath. The asbestos was stripped from the metal while dry and left on each of the six floors of the power plant.”

South Point Biomass still owns the lots around the powerhouse and owes Lawrence County $30,692.03 in back property taxes.