An opening, grand and magical: Shake Shoppe has been open since Memorial Day 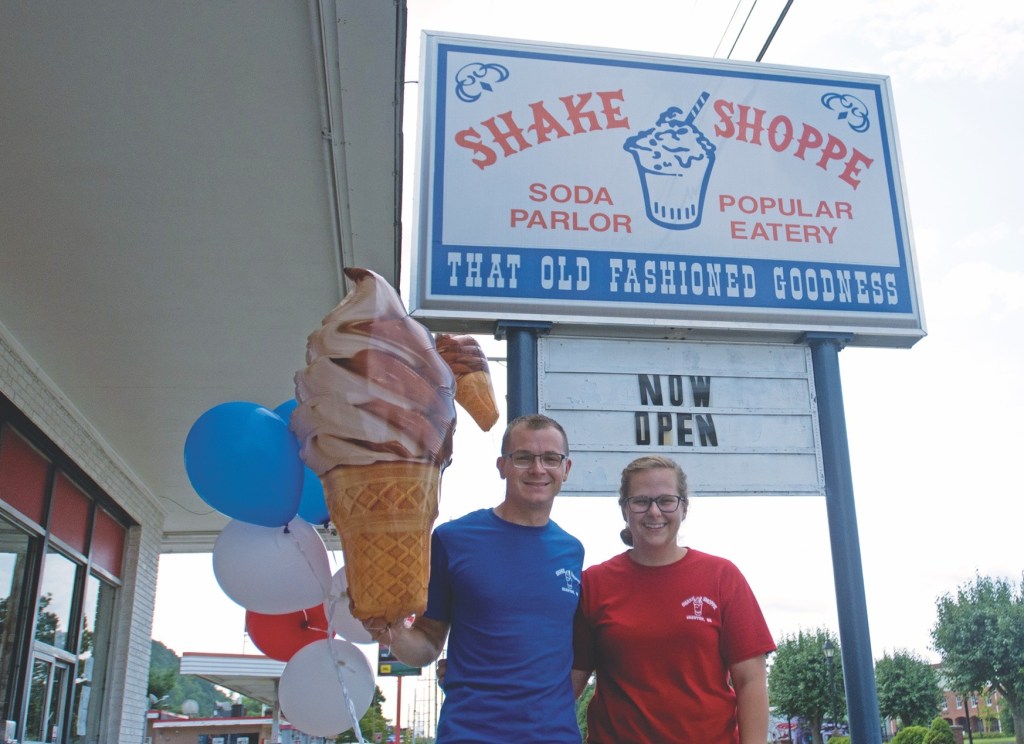 Shake Shoppe owners Robby Brown and Maddie Cogan celebrated the grand opening of the store on Friday with a magician and other events. (The Tribune/Mark Shaffer)

The Shake Shoppe has been open since Memorial Day weekend but didn’t have its grand opening until Friday.

Robby Brown and Maddie Cogan bought the long-time business in the spring and spent the past couple of months working on the menu and less noticeable things like re-arranging the kitchen lay out.

“There have been things we’ve had to improve and we’ve had time to work out some of those kinks to make things better and improve our speed in the kitchen,” Brown said. “So, we wanted to wait until we got things together before we had an event.”

They also spent this summer training the team and adding to it. They have a total of 24 employees. They wanted everyone to be able to handle a rush and get the food or treats out in a timely manner.

“Speed of service, that’s the key,” Cogan said. “We re-arranged the kitchen four or five times to make things faster.”

Brown said the past couple of months have been a bit hectic.

“It was almost overwhelmingly good the first couple of days,” he said. “We’re super appreciative of all the support the community has given us. It’s been great.”

As part of the grand opening, they had a magic act called the Mark Wood Fun Show.

“He does close-up magic tricks and is a balloon artist,” Cogan said.

“There are a lot of things we want to do,” he said. “We’ve given it a facelift and we will keep doing that.”

Part of that facelift was large graphics on the windows. Not only does it make the shop more noticeable, it has the effect of blocking the sun to make it less costly to heat and cool.