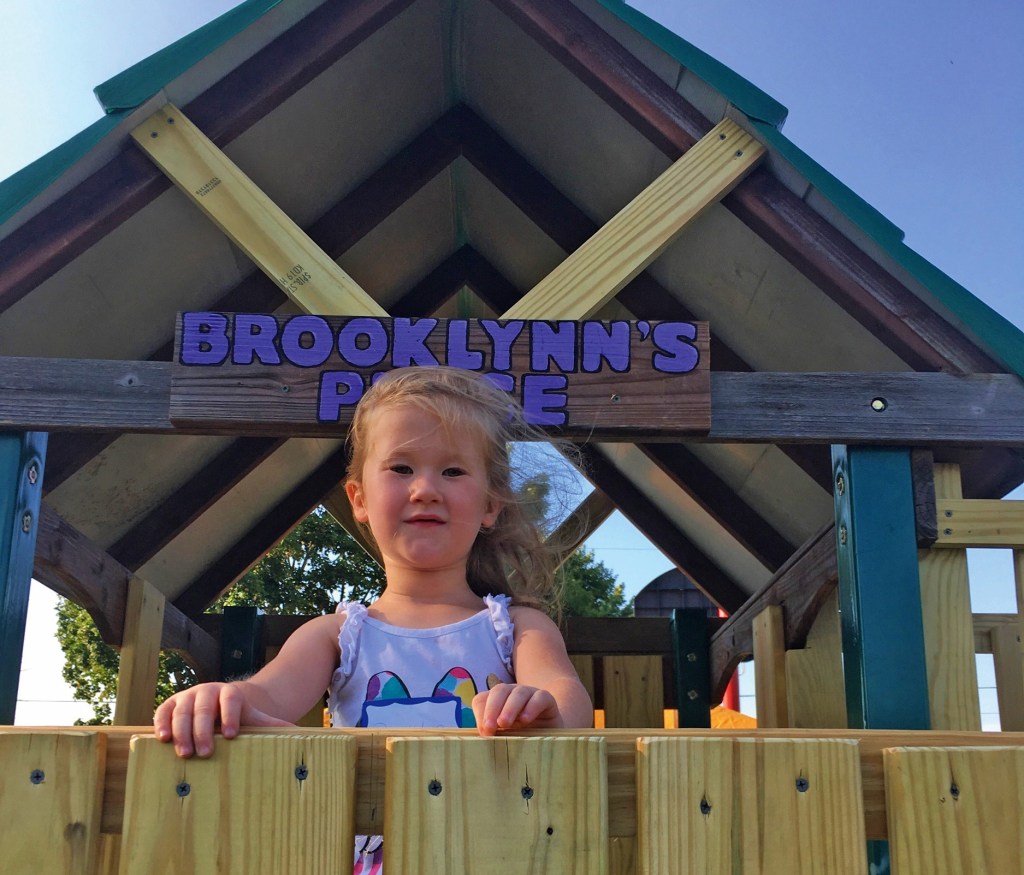 Four-year-old Brooklyn at the playground that is named in her honor. (Submitted)

PROCTORVILLE — Volunteers from a local church, as well as one in Missouri, worked last week to restore Wilgus Street Park in Proctorville.

Pastor Ricky Ray, of The Crossing Baptist Church, said his church is invested in the community and was looking for a public service project.

“Our motto is ‘a happy childhood lasts a lifetime,’” he said, adding that the decision to work on the park came from a girl, Brooklyn, 4, who had been unable to play there as her parents did not feel it was safe.

Ray said six volunteers from the church worked full time on the project, while 43 members of the congregation worked part time and helped with tasks. They were also joined by four volunteers from Midway Heights Baptist Church of Missouri.

Ray said he attended seminary with the church’s pastor, Scott Hanson, and that they worked together on projects in Proctorville last year as well.

They restored playground equipment and painted and replaced basketball goals, among other tasks.

When the play structure was finished, Ray said they took some of the old wood and made a sign, dedicating it as Brooklyn’s Place.

He said the work wrapped up on Thursday.