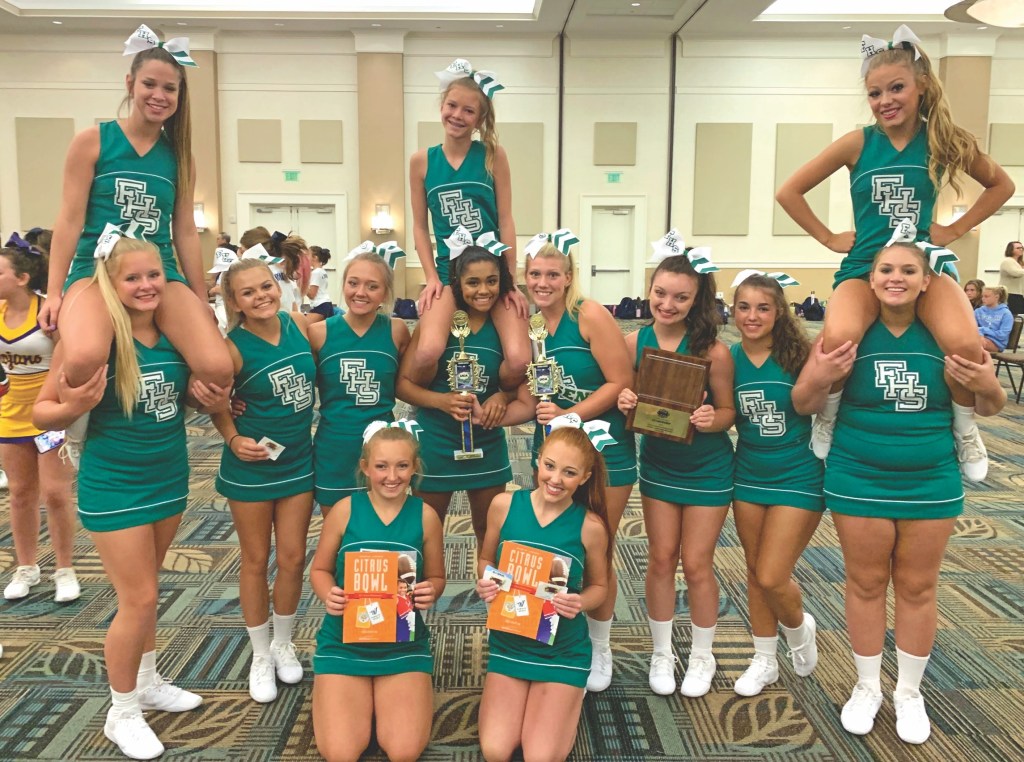 The team placed first in the Gameday Division and first in the Rally Routine Division. They also won the team Leadership Award, as voted on by the other squads in attendance.

In addition, five girls won the Pin It Forward Leadership Award. This award is given to cheerleaders who demonstrate leadership, commitment to excellence, spirit, motivation and kindness.

The squad’s 10-month season began in May and will end at the finish of the basketball tournament in February or March.

In addition to cheering for all football and basketball games, the squad will perform at the ACC Championship Football game in Charlotte, North Carolina, compete at the Blue Grass Regional Cheer Competition and volunteer in many community service projects such as events at the Wyngate at RiversEdge in Rome Township and NECCO Family Counseling Center in South Point.