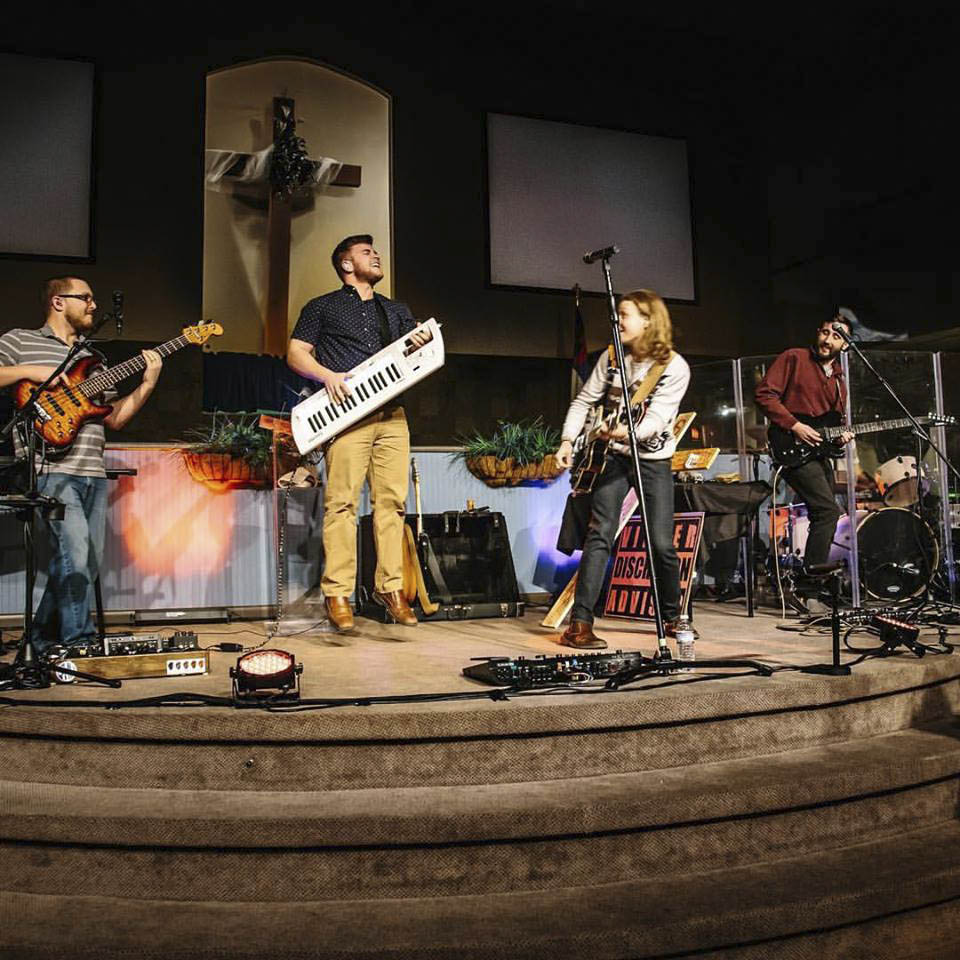 Render the Hearts will play at 6:30 p.m. tonight at the pavilion at the Ironton Farmers Market on Second Street.

The band takes its name from Isaiah 6. Verse 10 — “Render the hearts of this people insensitive, their ears dull, and their eyes dim, otherwise they might see with their eyes, hear with their ears, understand with their hearts, and return and be healed.” The verses means that the people should prepared themselves for new growth.

They have released three EPs and their first album, “Run to Love,” was put out in 2016. Members include lead singer Mike Cochran, drummer Joe Crowe, Shane Stevens, Jonathan Nicholson and Raice Stevens.

The band formed in 2012 when Crowe and Cochran met while part of Marshall University’s drum line. They were playing in other bands but decided to form a new band after those bands broke up.

The band has played numerous gigs at churches, youth camps and other places to spread the word and have said their goal “is not to become rock stars, but to help make Jesus famous.”

In the event of bad weather the concert will take place at the Ro-Na Theater, one block away on South Third Street. People are encouraged to bring lawn chairs.