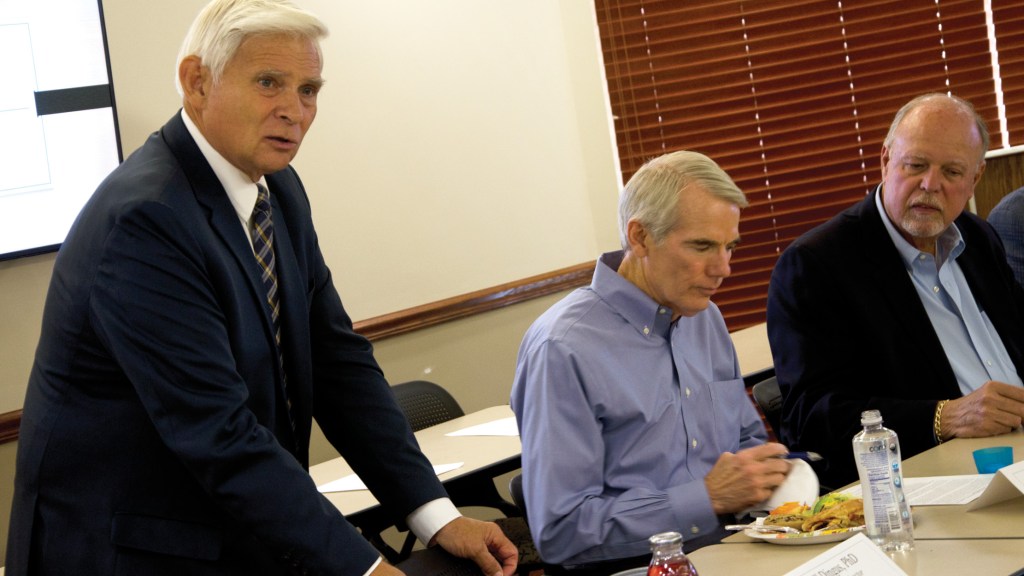 The visit by the senator was part of his three-day tour across southern Ohio to discuss how he said his bipartisan JOBS Act legislation will help more Ohioans get the skills and training they need to find in-demand jobs.

Portman said, while there are thousands of jobs listed as open in Ohio, in many cases, employers have trouble filling them, due to lack of skilled applicants.

He said his aim is to make it easier for students in Lawrence County and Ohio to attend vocational school to better prepare them. He said it is not always necessary for them to go off to college to prepare for the job force.

And he said by expanding Pell Grants, it would make ease the burden of student debt.

Jeffries said he has been in the trucking business for nearly 30 years.

“I’ve almost got it figured out,” he joked.

“There have been contracts that have gone to other parts of the country we could have had here,” he said.

The group also discussed the importance of keeping people in the region once they enter the workforce.

Copley, who also works as an emergency room physician, said one thing that his industry look at is retention bonuses to get people to stay for five-years or more.

“I’d rather pay the money than to have to continuously retrain people,” Copley said. “That’s one model we’re looking at.”

Portman’s office said his tour took him over more than 750 miles this week. He also made stops in Hillsboro, Pomeroy and Logan on Wednesday.

Portman, who served as U.S. trade representative under President George W. Bush, was elected to the Senate in 2010 and is now in his second term.