Taking over: Sanders appointed to be new juvenile, probate judge 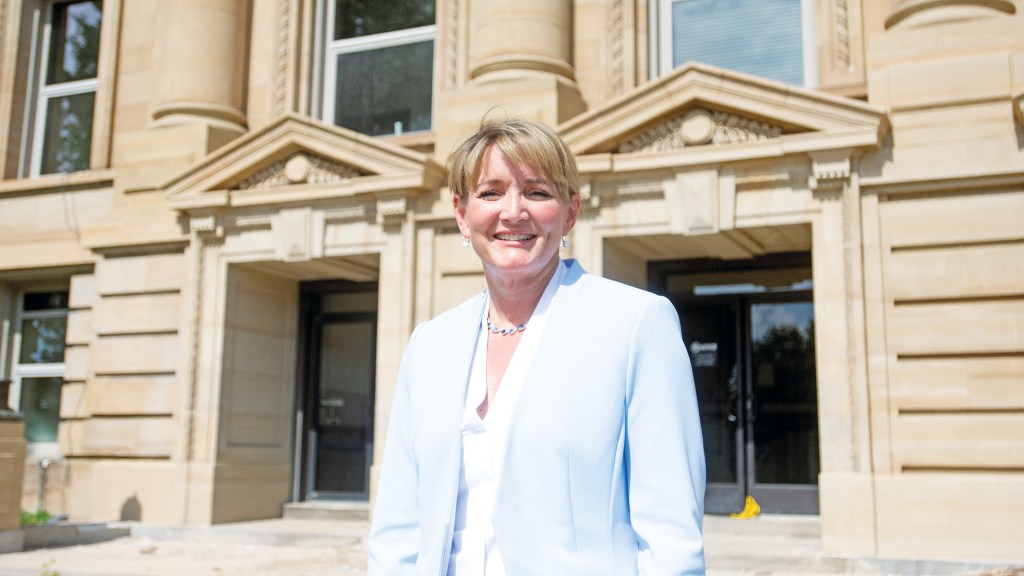 Long-time juvenile magistrate Patricia Sanders has been appointed by Ohio Gov. Mike DeWine to take over as the Lawrence County Court of Common Pleas, Probate and Juvenile Division judge. She replaces Judge David Payne who retired. (The Tribune Mark Shaffer)

Lawrence County will soon have a new judge, Patricia Sanders.

Sanders, the juvenile court magistrate will take over as the judge of the Lawrence County Court of Common Pleas’ Probate and Juvenile Division, which was left open after the retirement of long-time judge David Payne.

Sanders was appointed by Ohio Gov. Mike DeWine and will begin as judge on Sept. 9 and fill Payne’s unexpired term, which ends on Feb. 8, 2021.

“As magistrate, I follow the judge’s lead,” Sanders said. “I felt like I was ready to take the lead and move forward with some of my ideas that have been brewing for awhile.”

Sanders graduated from Russell High School, got her bachelor’s degree in accounting from Ohio University and a law degree from University of Dayton School of Law. She is also a judge advocate and a major in the United States Army Reserve and an adjunct professor at West Virginia State University.

She didn’t set out to be a judge or even a defense attorney. She was going to use her degrees in the business world.

“I wanted to be a business management consultant,” Sanders said.

But by the time she moved back to the Tri-State after law school, Ashland Oil and other big business had moved out. So, she hung out her shingle to defend people in court.

In 2002, Payne appointed her to be a magistrate in the juvenile court.

“I would have never dreamed that I would be involved in juvenile law, family law, probate, because my background was very technical,” Sanders said. Instead of the hard and fast rules of business filings and research, she deals with things like juvenile delinquency, custody and child support cases. “This type of position really requires a human element, so I have become very attuned to reading people and working through family problems. That is definitely not where I saw myself 20 some years ago.”

She said she worked very well with Judge Payne.

She said that when it comes to the direction of her court, she would like to increase community collaboration with different entities to expand drug abuse prevention programs and to make sure that all the programs are offered to families in order to keep them together and to help them with issues.

“It is easier to prevent problems, rather than try to fix it when it full blown,” she said.

She said one of the biggest issues facing families has been drugs.

“Before I took the magistrate position and was in private practice, I did criminal work as well as juvenile delinquency work, there were drugs,” she said. “But I did not see it impacting the families the way drugs are now. From 2003 through 2012, a lot of the problems were socio-economical related — employment, parenting techniques, cleanliness, taking care of their kids and themselves, those were the major issues. In the last few years, the largest percentages of our cases have been drug related. That’s why I want to work on the prevention aspect.”