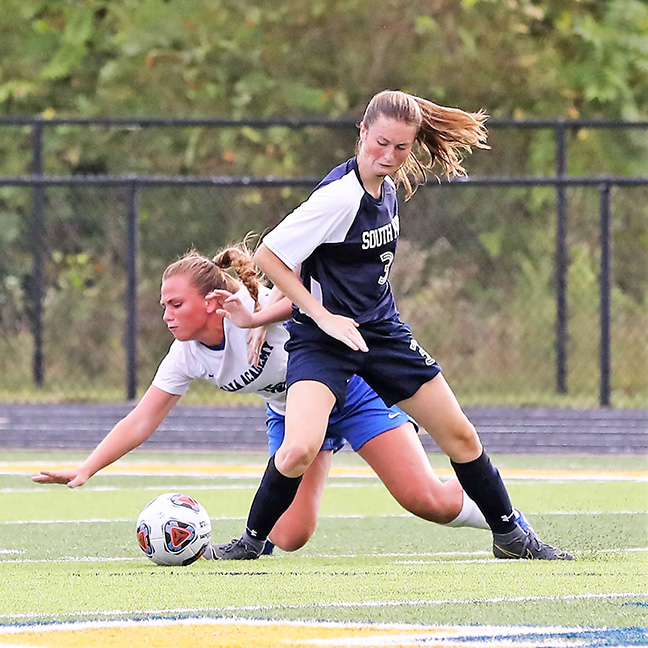 SOUTH POINT — The Gallipolis Blue Angels started their Ohio Valley Conference title defense with a scare.
The young South Point Lady Pointers pushed the Blue Angels to the limit before falling 4-3 in a league soccer game on Tuesday.
Gallipolis took a 2-0 lead before Emily Whitt scored at the 35-minute mark with an assist from Kylee Ellison.
The Blue Angels scored before the end of the half to go up 3-1 only to have the Lady Pointers storm back in the second half in their home opener.
Ellison scored at the 65-minute mark with an assist from Abby Broughton and then Aysiah Sharp got a goal with an assist from Whitt seven minutes later to tie the game.
But the Blue Angels scored the winning goal with just under three minutes to play.
South Point’s defense was led by sophomore KeeKee Montgomery and freshman Jacyie Walters along with Emily Byrd who racked up 10 saves.
Gallipolis won the boys’ game 3-0.
Gallipolis 3 1 = 4
South Point 1 2 = 3